In the Classroom: The Courage Fairy 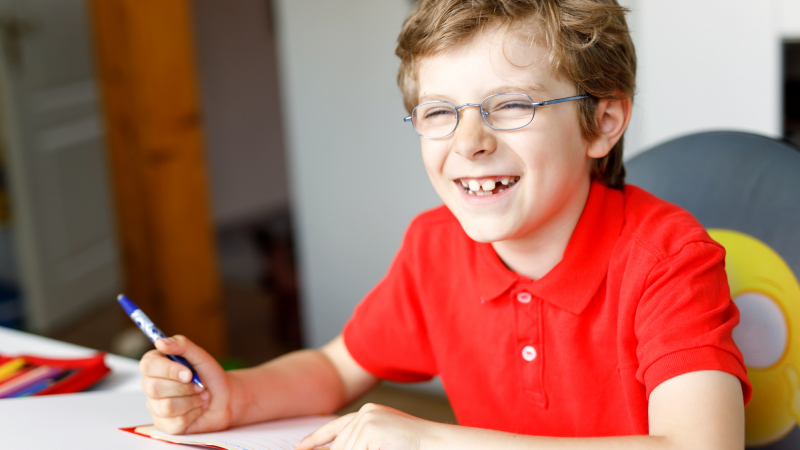 In Literature 4, students enjoy reading fairy tales from Faerie Gold. They also must write their own fairy tales. Below is Luke Boer’s original fairy tale.

The doctor’s office. That’s where Greg Johnson sat at exactly twelve o’clock PM. He thought it was a little unfair he had to get a shot on a Saturday, when all the other kids were playing. His mom thought he was complaining because he wanted to get to soccer practice, but frankly, Greg was just scared. The thought of a needle jamming into his skin sent a chill down his spine. He had done it before, but this time he didn’t have hopes of mint chocolate chip ice cream afterwards. His mom said he was too old for bribes.

He silently sat in his chair waiting for his mother to return from the bathroom or the doctor to enter the room. He was about to get up and walk around when he heard a tiny voice. It was about as loud a bumblebee’s hum. Suddenly, out of nowhere, a little figure appeared in front of him. She was no bigger than a doll, yet spoke with authority.

“What’s your name?” the voice asked. His mind was blank. He was so caught up in figuring out how all this was possible that he had forgotten his own name! He searched his mind for information but found none. “Very well,” she said. “If you will not introduce yourself then I will” she said, a little annoyed. “I am the Courage Fairy. I bring bravery to children who are scared.” Greg was still in shock. “Now let’s get down to business,” the fairy said. “Close your eyes,” said the fairy. He did as he was told.

When he opened his eyes, he was no longer in the dreaded doctor’s office, but in a place far worse. The sky was covered with dark, grey clouds and the ground was bare with no sign of life ever having existed there except the dying, leafless trees about thirty feet behind him. The vast forest kept anyone from getting anywhere near where they stood. In front of them were about twenty skeletons shambling and shuffling about. Towering over them stood an enormous castle made of some sort of mixed color material. “The everlasting gobstopper castle,” she said. “The most feared place in all of Palanglong. Princess Twitter is in there in an enchanted sleep. You must go in and awake her.”

“What!?” Greg said. “How am I supposed to do get in there?” “With this,” the fairy said. She waved her hands around in a spherical motion. A small dagger started to form in her palms. She pinched the ends of it. The dagger extended when she pulled to form a sword. Then she placed her hand on the ground, and a circle formed in the dirt. As she pulled up the circle of the earth, it turned into a heavy shield with silver plating. “Go,” she whispered. “Save her.”

He stepped up to face the skeleton group. The skeletons perked up immediately and started to bound forward at Greg. Adrenaline rushed through him as he bolted to the right, veering them off course. He faked left. They were almost upon him when he whipped around and punched the one nearest to him. Its bones broke and crumbled. Once Greg figured how easily they fell apart, he started bashing them with his shield. When he had destroyed all the skeletons, he went up to the castle door and pulled his sword out of his sheath. He slowly opened the door and terror filled him.

There were horrible, monstrous creatures five times the size of a tall grown-up. The walls were splattered with something red, maybe blood. In the back of the room there was a chair covered in jewels and diamonds. On it sat a hideous monster with dark, red eyes and long, sharp teeth. It had tentacles snaking down from the lower half of its body. His arms were blade-like and Greg assumed that they were swords. The room in which he was standing was a tall spiral staircase winding up to some unknown place. “Is that where the princess is?” Greg said.

He immediately cupped his hands over his mouth but it was too late. The words had already escaped his lungs. The creatures started to stalk forward, aware of his presence. He couldn't turn back now. There was no way he could out-run those things. And even if he could, the skeletons were reassembling and would be ready to fight soon. There was no choice. He would have to do it. He thought of what the fairy said. “I bring bravery to children who are scared,” her quote rang out in his mind. “I hope you’re right,” he thought as he dashed toward them.

The creatures stopped for a minute, stunned. They expected Greg to cower in fright right into the hand of the skeletons. But he knew better. Greg jumped on the wall and nearly slipped because of the liquid. He leaped off and landed on the back of a monster. He tightened his grip on the sword and stabbed the wretched beast in the back. It roared in pain and slumped to the ground, dead.  After more brutal fighting, the final creature died and he went to face Death Shadow (for this was the monster's name.) By this time Death Shadow had gotten out of his throne and began to approach Greg.

Clang! Greg turned around just in time to block an attack with his shield. Shadow threw his sword arm at him but this time Greg was ready. His sword collided with Shadow's arm in a direct hit. They fought brutally until Greg said, “Look! The princess has escaped!” Death Shadow turned around only to find a stab in the back. He let out a blood curdling scream. But Greg didn’t even flinch. He had learned far better then to be frightened by a little sound, even though it was the sound of someone dying. Once Greg was sure that the evil being who tormented people for who knows how long had breathed his last, he climbed the spiral staircase. He was out of breath by the time he reached the top.

A single door stood in front of him. He reached for the handle but withdrew when he felt a sharp zap as he neared it. He thought there might be an electric field. Instead he simply kicked it down (for he had gotten much stronger during his three battles). Behind lay a beautiful princess in a glass coffin. He opened the coffin and gave her a light kiss on the forehead. Nothing. He tried a hug. Nothing. About 5 minutes in he tried calling her. Suddenly her eyes flew open and she sat up only to pull her cell phone out of her pocket and say, “Yes! 52 new subscribers!” “What?” asked Greg. “Hey! “Oh” she said. “Thanks for waking me up. Here, I’ll follow your Instagram account. Mine’s PrincessTwitter245. Have you seen my Youtube channel?” “No!” he said. “Why on earth would I-” “Hey Stephanie,” the princess said into her phone, completely ignoring him. “I just woke up! This handsome little fella came in and woke me! You want to talk, Greg?” But Greg was already out the door. He had enough social media princesses for a lifetime.

When he was warped back to present day he was back to his slim, thin body with little muscles. When the doctor came through the door he was ready for it. He got his shot and a lollipop for not making a fuss. He had fought the one and only Death Shadow for Pete’s sake! A shot was nothing. Again the fairy’s words rang out in his mind. “I bring bravery to children who are scared.” This time he believed it.

Luke Boer is a 4th grader who is enjoying his first year as a VSA student. When not studying, he spends much of his time reading, playing the cello, practicing magic tricks, and singing with his siblings. 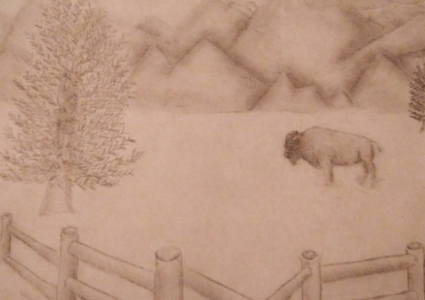 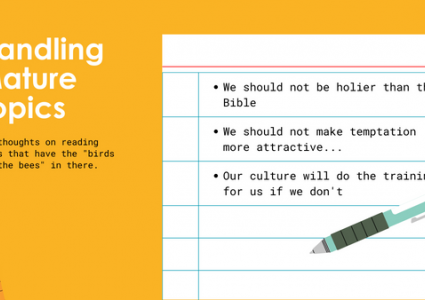