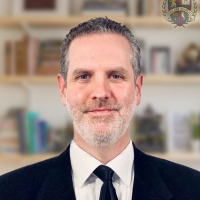 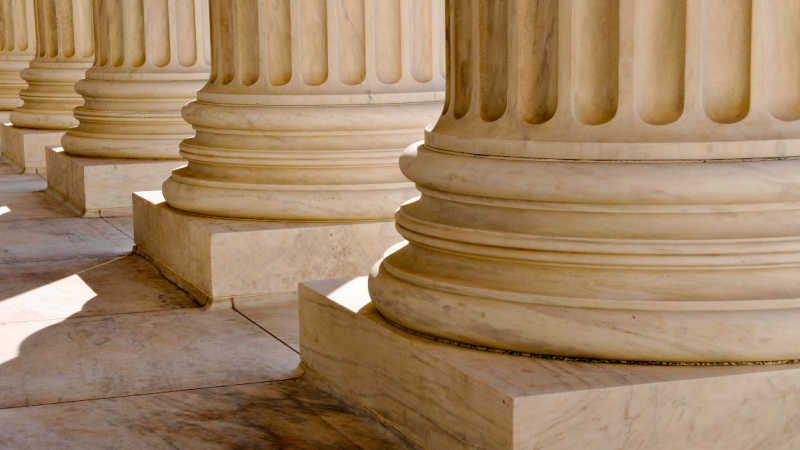 Veritas Press started as a curriculum provider nearly 25 years ago--watch for 25th Anniversary announcements and savings. It is now in its 15th year of offering online classes. There are more than 10,000 students taking classes in over 50 countries. Michael has written well of the tremendous opportunity that remains in front of us as more and more families realize the benefits of online classical education from a Christian worldview.

Innovation. It may not be the first word that comes to mind when we hear “classical education.” Many parents who choose classical education want something tried and true for their kids. They may not know its secret ingredient, though. Innovation is what has made the classical tradition of education successful. Veritas Scholars Academy leads the classical Christian world in the online application of this tradition, which is why I’ve chosen to teach here for over a decade.

Classical education began in Greece around the 6th Century BC, as an innovation to meet the needs of life in a democracy. Athens had changed its constitution to get rid of tyrants. To prevent abuses of power, Athens spread power as widely as possible. It gave every citizen sovereignty. Each Athenian even served as a member of the Athenian assembly, Athens’ Congress, for one month every 10 years. This new kind of government required a different form of leadership. Instead of using force, leaders had to learn to persuade free people who could think for themselves.

Today the Internet is changing the flow of information around the globe. In the 6th Century the Persian Empire was changing the ancient world in similar ways. Intelligent Greeks, Babylonians, and Indians met one another in the courts of the kings of Persia. In his The Shape of Ancient Thought, historian Thomas McEvilley shows how through this exchange of ideas the math and sciences of India and Babylon made their way to the first Greek philosophers on the coast of Ionia, then to Greece and Rome.

Classical education repurposed the best learning of the ancient world for the use of free citizens. Athens used it to innovate a new culture. It built the Parthenon. It inspired the creation of Greek drama. It equipped new generations of powerful orators. It gave Julius Caesar the eloquence to lead armies and the engineer’s mind to make massive weapons.

It equipped the Apostle Paul with the tools to change the world through his preaching and letter writing. He applied the tools of classical education to create the intellectual discipline of Christian theology. Paul was one of the greatest orators of the classical world, a model of this tradition of innovation.

Wisdom equips us to adapt, because wisdom is the skill to use information to produce things of lasting value. The world always changes. It’s vapor and wind. Yet wisdom can build castles in the real world on different terrain. This is why classical education dies when it fails to innovate.

In his The Story of Civilization: The Renaissance, the historian Will Durant recounts how fussy classicists killed classical learning. They required anyone writing in Greek and Latin to fit the old styles of Cicero, Seneca or other classical luminaries. The fussy schoolmarms had lost the heart of innovation that produced the skills they idolized.

Then I met Marlin and Laurie Detweiler. They had already seen how technology would change education. Like the Greeks who first began to develop this form of education, they saw how new developments, the internet in this case, would change what education people would need. They had the skill to use information to make something of lasting value for an ever-changing world.

The Detweilers had to figure out how to deliver classical education online, something no one had tried before. They had to find new technologies and repurpose them. They had to find staff with skill in teaching classically who could adapt ancient wisdom in teaching to a completely new format for education. Now VSA is the largest classical Christian school in the world. Many of my colleagues have graduate degrees, and our teaching staff would make an excellent college faculty. They love their students, though. Using the power of these technologies they connect students with knowledge in a hundred new ways.

VSA has been around long enough to attract talent from other institutions. This even includes the ranks of our administrators. Our Headmaster, Dr. Bob Cannon, taught at three colleges. What’s more, Dr. Cannon has been an Academic Dean at a liberal arts college, a Vice President at a technical college and Director of Executive Education at the University of Pennsylvania’s Wharton School. Tom Garfield, our Dean of Academics, was the Headmaster of the first brick-and-mortar classical Christian school. There’re so many more, but my editor’s evil word count constrains me! For almost two decades VSA’s staff has cultivated a deep practical knowledge of how to do classical education online. Getting to be a part of that team’s growth continues to be a fulfilling part of my career here at VSA.

Today I see the same people I approached now starting their own online classical schools. It reminds me of those guys who show up late to a dance who haven’t learned the steps. For some reason, these fellows also tend to wear a bit too much cologne. They might look nice. But then you start dancing with them. Eventually, they learn but at the expense of many toes. Sure, there’s something to be said for being fashionably late. But there’s also something to be said for being on time, and ready. Even more to be said for the guy who thought of the idea to create the party in the first place, who had the discipline and work ethic to make it a success.

Dr. Michael Collender has taught at VSA for over a decade. He teaches Rhetoric I and 2, Film and Worldview, Psychology, Economics, The Novels of Jane Austen, and live and self-paced versions of Omnibus 3 Secondary. He is also the author of A Rhetoric of Love: Volume Two, published by Veritas Press.