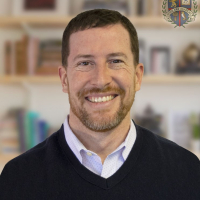 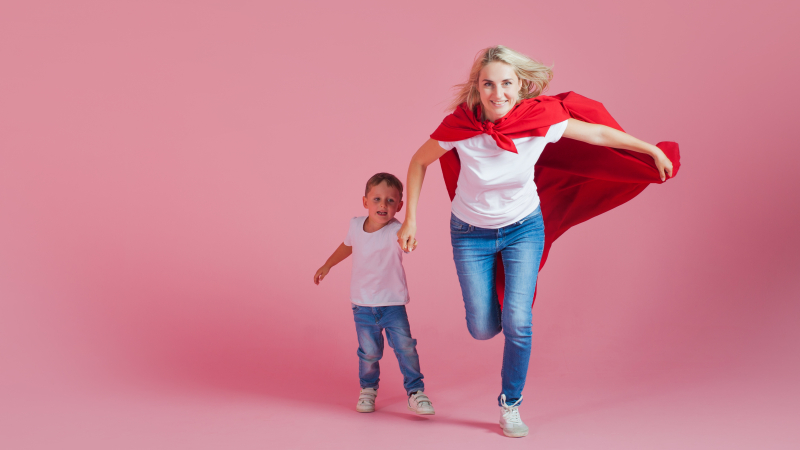 I didn’t see it coming.

A couple weeks before a homeschooling conference, Laurie Detweiler stepped into my office and said, “I didn’t want to have to ask, but I’d like you to step in and handle a couple talks I’m supposed to give at the conference.”

Laurie: “One of the talks is The Distracted Child.”

Laurie: “The other one is The Homeschool Supermom.”

Laurie: “Oh, don’t worry. There’ll probably be like five to ten people, and you can facilitate a small group discussion.”

Dr. Cannon: “Oh, well then sure.” (I’m not exactly an expert in supermomming, but I am a team player, and small group discussion is fun).

A couple weeks later, I’m standing in front of a growing room of mothers, eventually about 60-70 of them, and one fear-filled guy dragged in by his wife. Supermom in training, no doubt. He gives me an air fist-bump to show support. On the one hand I think, “What in the world will I say to a group of moms?” On the other hand, “Here’s an opportunity to encourage these women, to offer them one man’s perspective they may not have heard before.”

Frankly, the last thing I thought they needed was to hear from another guy who thinks he’s an expert in being a mom (Yeah, they’re out there). So I came into my talk equipped with two tools for learning – Proverbs 31; and a letter from my wife, homeschooling mom to our seven children. I was given about half an hour to speak. When I was finished, and later that day, women approached me to convey their thanks (both to me, and to my wife for her encouraging letter).

What did I say to my audience?

Firstly, the Proverbs 31 woman is an ideal. Women read this passage in Scripture, or hear it taught from the pulpit, and they walk away thinking, “How might I become ‘the Proverbs 31 woman’?” Some walk away with, “If I’m not a Proverbs 31 woman, then I’ll have failed before God and everyone else.” Even at our wedding reception, my best man said of my bride, “She is a Proverbs 31 woman.” No wonder so many wives and mothers doubt themselves. But they shouldn’t. This isn’t what God intended, but leave it to man to make this into an unrealistic set of expectations for the Christian mom.

Is this woman portrayed in Proverbs 31 productive? Yes. Does she exercise the gifts she’s been given? Yes. Does she “fear the Lord” (verse 30)? Yes. Is she perfect? Hmm. She is virtuous, trusted, independent, and strong. She is compassionate, prepared, wise, and honored by many. I would say these things about my own wife. I can even confidently say them about wives and mothers in the VSA Family, too. Yet, my own wife still needs to be encouraged when she sometimes feels like she’s fallen miserably short as a mother. Satan, “the father of lies” (John 8:44), has been studying human behavior for a long time. He knows what buttons to push. Mothers see their failures under a magnifying glass.

Complimenting Proverbs 31, the focus of my wife’s letter was Shel Silverstein’s The Giving Tree, a best-selling children’s book about a boy who enjoys all “the tree” has to offer: eating the tree’s apples, swinging from her branches, playing under her shade. Every time the boy returns to the tree, she gives him something of herself. Eventually, she has little left to give. Nonetheless, in the end, she still manages to give of herself in the form of a stump to be sat upon by the boy-turned-elderly man.

When my wife, Carrie, became a mother for the first time, she embraced a profound sense of purpose in having a child. She regarded it as “a high calling.” Then, being a teacher at heart, she was determined to educate our children as our family grew. And so she pursued this, and well. She still does to this day.

But there came a day when Carrie looked into the mirror, so to speak, and didn’t like what she saw. She had given of herself generously, much like the tree in Silverstein’s book, but something was missing – herself. She shared with me how she was feeling. I encouraged her, many times, to pursue those things that she loved – horses, education, writing – in an effort to rediscover those things she cherished when I had first met her.

Carrie eventually determined, “I do not want to be a stump. I want to be a tree. I want to have branches that reach high to the sky and spread their dappled shadows on the grass below. I want to have the sweetest, crunchiest, juiciest apples. I want my children to delight in swinging from my branches.” She determined that she would identify what was cutting into her life, like an ax, and rid herself of those things. She decided the children could do the dishes as well as she could, that math could be turned over to teachers online. “Let someone who loves math teach them math,” she thought. She let our children do more cooking and baking, and she turned her attention rather to those things that would build her up as a mother, as a person.

I often attempted to motivate Carrie, especially when she was showing signs of having grown tired and uninspired, to pursue her interests again. Eventually, she determined that it would be good for her, and for our children, were she to return to the horseback riding facility she had known from the time she was a child until I met her in her early 20s. She was a therapeutic riding instructor, and I dreamt of a day when she would return to that work again. I also persuaded her to return to school, as she loves learning and writing. She’s now pursuing a college degree, loving the experience, and I and our children love to hear her talk about what she’s learning. She’s writing, she’s reading...she’s doing what she loves, and it’s having an impact on our entire family.

Carrie concluded her letter with the following:

There is a tree in the park I used to visit with my children. It is over three hundred years old. Once we circled around it and tried to touch hands but we could not. It is immense. An aged tree is majestic. One beholds an old tree in awe. Even children stand amazed at the girth of an ancient tree and gaze up wonderingly at its strong, thick branches. Children and trees. The words paint a beautiful picture. They belong together. Yet is not the glory of a tree its age? It is the age of a tree that becomes its beauty; that offers a place for children to play.

Both Proverbs 31 and The Giving Tree provide perspective. Proverbs 31 gives us an ideal to be considered. Silverstein’s book winsomely conveys the beauty of self-sacrifice. Regrettably, however, these lessons are either misunderstood, misinterpreted, wrongfully applied, or in the case of the latter, limited in scope.

Men, let’s encourage our wives, and have your children do the same, to “gird herself with strength, and strengthen her arms” (Proverbs 31:17). And as you fear the Lord, “Your wife shall be like a fruitful vine in the very heart of your house, your children like olive plants all around your table” (Psalm 128:3).