How C.S. Lewis Taught Me to Love Literature 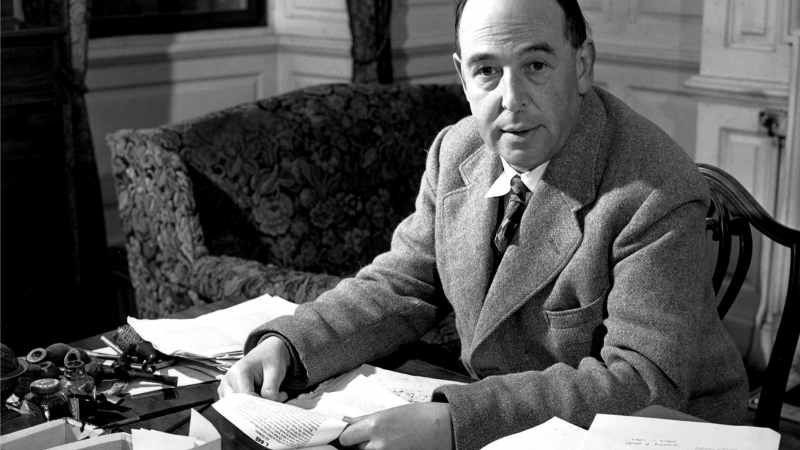 When one hears the term “literary person” what are the first images to come to their mind? Many might picture a flat rim spectacle wearing person sitting in a trendy coffee shop, a permanent sneer on their face as they find every reason to bring up their having a degree in literature from the finest university. “Pffft The Lord of the Rings” they might chortle in condescension having overheard you mention your favorite book, “might as well be reading dollar store children’s novels, have you even read Derrida?” After a short interaction with this person you might get the very clear idea that this person genuinely hates literature, and especially any of the literature you might like. Feeling dejected you may even leave that coffee shop thinking that you are simply not a literary type, the big books with their confusing vocabulary simply seem beyond you and above all you have no desire to become the sort of person who considers themselves a literary person.

I was very much the dejected one leaving the coffee shop as a young man. Though I considered myself to be reasonably intelligent, I had attended a rather average public high school and the amount of classical literature I had studied there could be counted on one hand and even then I had despised the whole experience. The unit I had learned on Shakespeare was mostly filled with the teacher telling me that Shakespeare was either a homosexual cynic trapped in a sentimental age, a conniving thief who stole all of his students’ work while printing his name in the author box, or that he never existed at all and was a pen name for a group of actors. The teacher spent the rest of that unit on “Romeo and Juliet” deconstructing the play to reveal every error and secret message within it. The message of that English Literature course seemed to be that literature is hard, boring, and full of silly old ideas that were no longer relevant.

Being the sort who wished to see things firsthand, I later went to the library and picked out the first recognizable famous work of literature I could find. This work was Dante’s Divine Comedy and with one look at the first page, I found myself at a loss as to what it was saying even though it was clearly written in English. After dealing with the existential aftershocks of finding out I simply could not hack it with this book, I put it back on the shelf and decided at that moment that I was simply not the literary type and that I would pursue a future elsewhere. The chief irony of this event is that not even a decade after it took place here I am currently finishing teaching a unit on my all-time favorite work of literature that I have read numerous times, Dante’s Divine Comedy.

How did I go from a budding cynic who thought literature was “not my thing” to a professional literature teacher nearly bursting with enthusiasm for the subject? Enter one Clive Staples Lewis, the Narnia inventing Oxford don who would prove to me that my diagnosis of myself was absolute nonsense. The error that he corrected through his work An Experiment in Criticism was not me labeling myself as “unliterary” because at the time I surely was, what he corrected was the misconception that I was doomed to REMAIN unliterary forever. Lewis revealed that being a “literary person” was not a state of being or a disposition but was instead an attitude and way of reading, one that could be cultivated through hard work and self-discipline. He taught me that the lazy cynic in my mind had to be ousted before any real work could be done:

“The first demand any work of art makes upon us is surrender. Look. Listen. Receive. Get yourself out of the way. (There is no good asking first whether the work before you deserves such a surrender, for until you have surrendered you cannot possibly find out.)”

Lewis described the literary person as someone who receives works of literature as a whole in and of themselves while focusing on the poetry, the plot, the characters, the tone, and message instead of the opinion of the critics, the perceived difficulty of the work, or the subcultures that might have built themselves up around it. A literary person did not see a difficult work as something to cast off in despair but instead a goal to work towards. Though I was led to believe as a young man that literacy is simply the ability to read, it turns out that there are many levels of literacy and at no age is it too late to start working up the ladder. One could become a “literary person” at any age and at any level of experience as long as they became cultivators of their own imagination.

In another turn of irony, Lewis describes the “unliterary person” as the sneering bespectacled coffee shop snob and even the lofty professor who holds a PhD in literature who spends their days giving dry lectures about semantics and spends their nights combing through the “Lord of the Rings” looking for evidence to prove their suspicion that JRR Tolkien was secretly gay. The unliterary person seeks to USE literature for their own purposes as opposed to RECEIVE it in order to experience what the author had in store for them. This using of literature might be for the sake of cheap entertainment (the adrenaline junkie reader who can’t remember a word that they read but can describe how it made them feel perfectly), to prove one’s superiority for having read it (like the sneering coffee shop person), or to provide the reader with the means to create profit churning controversy (the night combing PhD literature professor). When the unliterary person calls a work of the Western Canon “infantile, boring, and overrated” they are in essence revealing that they are actually the one who is infantile, boring, and overrated.

When one is confronted with this revelation of the receiver and the user of literature (or art, movies, etc.) they are then left with a choice; either take the criticism on the chin and start the journey to becoming a true literary person or throw down a smokescreen of offense at Lewis’s audacity to call them unliterary and continue on as they did before. Lewis’s understanding of literature was that it was for everybody from the electrician and the plumber to the doctor and the professor. One doesn’t need to be a pretentious degree holder to learn to love and appreciate classical literature, it is a gift from our ancestors (regardless of race, gender, or culture) given so we might receive timeless truths. I have never once regretted the half decade it took to unlearn my cynicism and learn to receive literature, for it has led me to the highest privilege of handing down the high literary tradition to the next generation… a generation that are being raised to be receivers from the beginning. Lewis best describes the attitude towards literature that I wish to convey onto this generation of students in perhaps the most famous line of his lesser known book:

“My own eyes are not enough for me, I will see through those of others. Reality, even seen through the eyes of many, is not enough. I will see what others have invented…. In reading great literature I become a thousand men and yet remain myself. Like the night sky in the Greek poem, I see with a myriad eyes, but it is still I who see. Here, as in worship, in love, in moral action, and in knowing, I transcend myself; and am never more myself than when I do.” 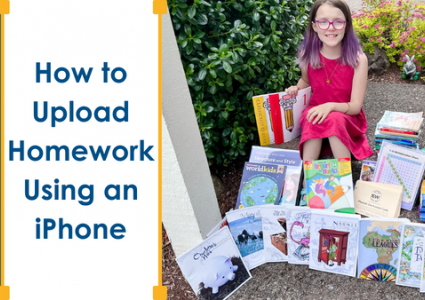