Why Study a Foreign Language? 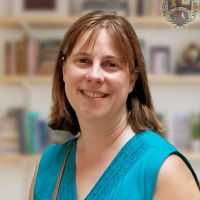 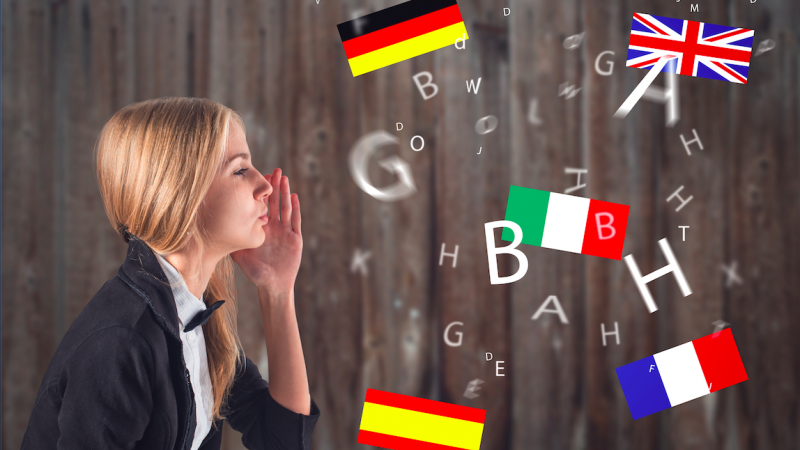 I clearly remember the first time the possibility of learning a second language was presented to me. I was, as many of your children are, a middle school student preparing to select my freshman year of high school courses. Our local high school sent a few of their star language students to teach us a couple of introductory lessons in the high school's two language options, French and Spanish. I was utterly swept away by French and could not wait to begin learning it; but I did wait. I waited until my sophomore year, knowing that I wanted to be able to take all three French courses and then continue in college without any gaps. It was, perhaps, the first glimmer of wisdom in my adolescent mind.

Despite my youthful enthusiasm, I had no idea why I was studying French. I enjoyed it and did well in the classes, which was enough to keep me learning more, but once I had finished college, the lack of direction was enough to end my language studies. A baby, two languages to be learned (with the same lack of direction) in seminary, and a lot of years left my French to lie fallow. I could use it a little, in a pinch, but my comfort and love of the language did not grow.  It was not until I made a trip to France myself -and vowed that the next time, I went I would communicate well enough that people would stop switching to English when they heard me speak- that I had direction in language learning and began again to make progress.

As a parent, we all want our students to learn a language, but we have not always convinced them why they need to gain this skill. Many students come into our language classrooms to check the right boxes on their college applications, rather than to learn the arts of Christian hospitality, intellectual curiosity, and inter-cultural community.

As a teacher, I am blessed with some of the finest young students anywhere, young minds whose attention to detail and intellectual curiosity are the reason I bounce out of bed every morning and look forward to getting into the classroom. I know that I say, "this is the best part of my day" and "my students are the best students" far too often to be credible, but I do mean it. I get to study the blessed languages (Greek and Hebrew) with students who could well represent the next generation of theologians, pastors, and linguists.  Nonetheless, I often wonder why each student is in my class. Have they come to check a box?  In twenty years' time, will these be adults who, once upon a time, used to know a little Greek and Hebrew? Or have they come with a willingness to let the language break their hearts, to wrestle with the texts, and to be shaped by what they find there?

In short, to learn a language is to die to self, just a little. It is to sound foolish, embarrass oneself, even develop a whole new side of our personalities, in order to communicate with a whole new group of people on their terms, not ours.  Is that what my students have in mind?

Yielding to temptation, I asked most enthusiastic Veritas language students, the Polyglot Club, why they have chosen to learn a second (and in some cases, third or fourth) language. Their responses to the question demonstrated the different approaches students had to language learning, both within the group itself but also by contrast to the check-the-box approach many schools and students have to high school languages.

Suzan Cumings, who studies Greek, Latin, and German noted these differences as she compared the study of languages to the arts of dance and music, "Especially in classical education you hear arguments all the time about why it's so important to learn languages, especially classical languages, and there are great reasons: it improves your study skills, grammar, etc. I don't think those reasons are very compelling to someone who is not convinced already. The reason that I study it is that I enjoy it, like I enjoy dancing… I love stories, philosophy, and literature.  Reading those in the original languages is so important because you can hear exactly how the original author wanted to say it. When you read anything in English or listen to music, you realize how important each individual word, or even sound, is to the message."

Language learning is a dance! Most linguists and language teachers have stories of people who learned the grammar and vocabulary of a language, but then stepped out into the “real world” and discovered they were neither able to speak nor to understand. They knew the steps but had no way to engage with the music. My favorite story was of a nineteenth-century linguist, whose name I have long since forgotten, who thought it best to go to Germany to learn German. He spent a year locked up in a rented room with his grammar books in a bustling German city, and to his surprise could not speak German at the end of the year. He studied the steps, not the music.

In our club’s conversation, Student S, Elise Etienne, and Preston Ruh focused more on the personal development aspect of the language learning experience.  Student S noted that learning is a wonderful intellectual exercise, while Elise emphasized that learning to see the world through the lens of other languages and cultures helps us to develop empathy and humility.  Preston, whose love of languages seems to know no limits, summarized both well, saying, "I feel that it is important to learn a second language so that your mind is opened to how other people look at circumstances. Each language has different ways of saying common occurrences, and it can change your view of the world once you know that. I think that it is really important to have more than just one viewpoint of the world."

It was Student E, however, who summarized the foundation for a lifelong language learner by noting that the study of a language could simply lead us to love that language and culture. The study of a language can shape our character, and when we love others enough to sacrifice our time and our pride to learn their language and understand their perspective, we are truly living the incarnation of Jesus, who humbled himself to be one of us.

As you choose a language for your child to study this fall- and we are blessed with abundant choices at VSA- consider the ways in which your child may be invited to join the dance. There is no language that is academically or culturally better than the others, though linguistic fashions come and go. Any language will help your child love, serve, understand, and build community with other cultures, modern or ancient. Any language will give them access to viewpoints that are not available in their native languages. Instead, choose the language that your child is self-motivated to learn, willing to fall in love, head over heels, with the language and culture.

Language learning can be embarrassing, stressful, nit-picky and difficult sometimes. (I have even told the Polyglot Club about the time I once meant to say “health” in Spanish but forgot the word I wanted and so mangled my attempted solution that my interlocutor thought I said “laxative!”) It can be humorous and joyful and poetic (as students often discover while reading the Scriptures in the Blessed Languages.) You cannot have one without the other.  At Babel, our diverse languages were set to divide us, but the humble act of learning another language is a step toward godly unity, but our students must be self-motivated, eager, and ready to take the risk and do the work of learning the language.

In fact, if our schedule permits, it is best that we give our children the freedom to choose their language themselves. It may be tempting to insist that they learn the languages we learned in school or think are most important, but it is far better to let our children fall in love with the languages of their choosing. Students who fall in love with the language they study are much more likely to become fluent speakers, rather than someone who used to know a second language.