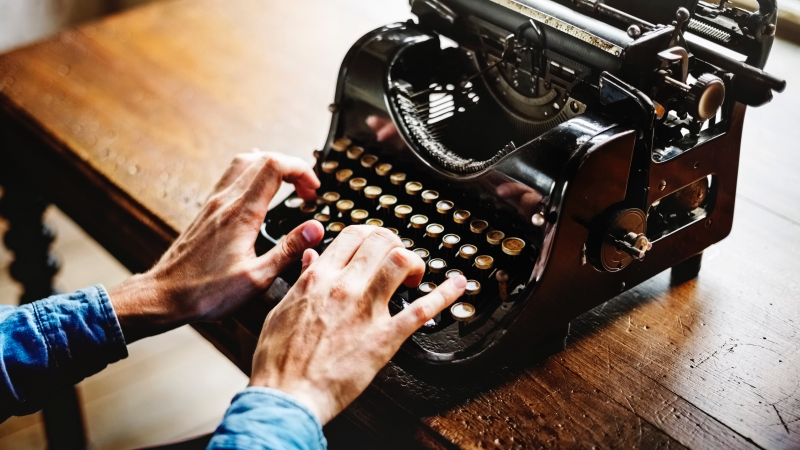 As Christian educators, we believe that God pervades every academic subject—science, history, art, literature, and yes, even math. He is the Divine Architect of all knowledge and the Creator of Heaven and Earth. But it was through words and the Word that the Almighty deigned to communicate with humankind. So the teacher of language arts alone can stake a unique claim based on the opening utterance of John’s Gospel: God reveals Himself through our discipline! What a privilege. What a responsibility.

Knowing this, using words well should be of primary importance to those who wish to glorify God. The words of a Christian’s stories and essays, plays and poems ought to mirror God’s incomparable attributes or illuminate His gospel for our communities. This connection will not always be overt, but it will be apparent to those who have eyes to see (Matthew 13:16).

Very few of us, if any, aspire to write like Shakespeare, Hawthorne, or Austen—or to teach such a writer. But we can foster an atmosphere that encourages budding authors to put pen to paper—or fingers to keyboard—with confidence, conviction, and knowledge.

Several years ago, a worried homeschool mother brought her 14-year-old son to me for tutoring in writing. She explained that she didn’t have high hopes for his success. “He just doesn’t think he can write,” she opined. “I can barely get him to construct a couple of sentences.”

I decided then and there that no matter what, Brad was going to exit our semester of writing instruction with the knowledge that he could write, even if writing would never be something he chose to do.

Brad found that writing for me was safe. We had fun, too. We talked about what sour sounds like (cymbals crashing) and how green feels (cool and prickly at the same time). And we wrote a lot. That’s right: “we.” I wrote (almost!) every assignment I asked him to do. He learned that when I made suggestions or corrections, they were for his good, that we were on the same team, and that his first draft was just that—a FIRST. DRAFT.

People often ask me about the secret of learning to write well. Here’s the first thing I say every time: Read. Read. Read. But don’t just read as if in a who-can-devour-the-most-pages summer library contest. Your students need to learn to read critically. Ask them to think about words and sentences and what makes them excellent or merely mediocre.

My pupil Brad didn’t enjoy reading. So I read to him. I usually stopped at the most annoying places, and he’d ask to finish the story on his own. (Tricky, huh?)

Proverbs 25:11 says, “A word fitly spoken is like apples of gold in a setting of silver.” To teach Brad how to appreciate golden apples, we’d talk about what we read.

“What was your favorite word in that part?” I’d ask.

“Your favorite word. What was it?”

“Mine was rhumba – when the author said 'the rhumba of bees.' I liked that. I can just see the bees bumping into each other as they dance around the flowers. And the sound of those words. It’s fun to say. Rhumba sounds like bouncing, and bees sounds like buzzing. That was cool.”

“Wait. Do you think the author meant for all that to be in there?”

“I sure hope so. Isn’t it goooooood?”

At this point, there was probably an eye roll. But Brad started bringing me his favorite words and phrases. He began noticing more word gems.

Reading to improve writing isn’t a new or original idea. But it’s a real phenomenon. Stephen King (yeah, that one) writes brilliantly about writing. (No recommendation about his other works.) He says, “If you don’t have time to read, you don’t have the time (or the tools) to write. Simple as that.”

He’s right. Reading helps students develop an “ear” for good writing. It fosters a sense of rhythm and tone. It allows them to cultivate their own voice by recognizing and appreciating differences in style.

Much of what I’ve learned about what makes good writing is included in the new Composition I: Invention and Persuasion book, a collaboration between the folks at Veritas Press and those at World News Group. (I have one tiny piece of advice for you in Lesson 8.)

The first unit of Composition I walks students through the basics: sentences, paragraphs, and essays. Other units focus on different types of writing, including argumentation, persuasion, and narration. There’s even a bit of grammar. (Words are important, remember?) The book’s carefully crafted assignments reflect the kinds of purposeful, thoughtful pieces real writers relish.

The authors and publishers of Composition I trust that you and your student will enjoy working through the book’s material. More importantly, we hope you’ll realize that your student has ideas worth sharing—and the ability to do so clearly and forcefully.

Remember Brad, my writing student? His mother recently told me that Brad now makes his living writing blogs for people who think they “can’t write.” God has a great sense of humor.

A former English teacher and grammar, writing, and literature textbook author, Kim currently writes for WORLDteen, a magazine and website from the publishers of WORLD. She also serves as dramaturge and script adapter for The Greenville Shakespeare Company, a nonprofit theater group in Greenville, SC. She is the author of two children’s books, Mumsi Meets a Lion and Rodney Robbins and the Rainy-day Pond.