Buy a Self Paced Course, Get One Free! Heck, Buy 2 Courses and get 2 Free (there's no limit)! Add your Self Paced Courses to your cart, then use code BOGO21 at checkout! Sale ends Dec. 6th. Courses can be deferred until Sept. 2022.
Veritas Scholars Academy | 4 Minutes

The world needs physics – and penguins too! 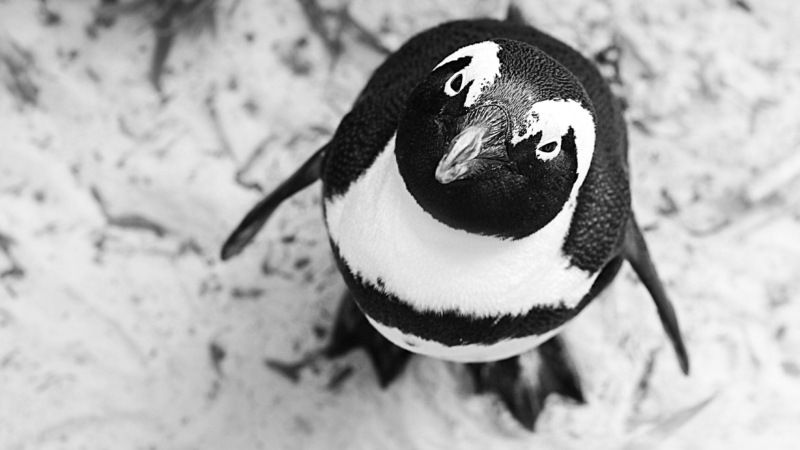 Often parents and students hear the word “physics” and think of many long, hard hours spent struggling through complex calculations. They imagine a world of forces and vectors far beyond their reach. When I think of physics, I think of penguins. I see a bird awkward on land but graceful at sea leap powerfully from the ocean to the ice, landing at the point dictated by its parabolic path. I imagine the heavens declaring the glory of God through the Vela pulsar, a huge rotating neutron star, spinning 11 times per second on its axis. I see the Hawk TMk2 training fast jet taking off from the runway outside my office window, helping to defend the UK and her allies around the world. Physics should not generate scary imaginings of academics only meant for the super-smart. Physics is all around us as the language of Creation, showing us the world as God designed it, through tiny atoms and molecules. As Psalm 19:1 reminds us, “The heavens declare the glory of God; the skies proclaim the work of his hands. Day after day they pour forth speech; night after night they display knowledge.” When we study physics, we learn more about God’s creation and the laws he established on this earth.

Growing up in the United Kingdom, physics history surrounds me from James Watt’s Scottish steam engine to the English physicist Sir Isaac Newton. Studying physics will not only help you to cultivate problem-solving skills but also to understand the rich history of seeking to understand the world around us. In Omnibus class, you may learn of Thomas Aquinas, Isaac Newton, or Johannes Kepler. But what do their discoveries mean? Why was Galileo so controversial? How do the laws of motion tie into Aquinas’ arguments for the existence of God in the Summa Theologica? When we apply ourselves to the mathematics behind some of these great discoveries, we learn to see the connections between physics and every other subject – art, history, music, languages, rhetoric, logic, math and science. Physics is not merely for those interested in a math or science career, but for anyone who seeks to discipline their minds, to learn good problem-solving skills, and to put into context some of the great historical figures.

The applications of physics surround us, even if we do not fully understand them. Physics is at the center of every science, with applications ranging from supplying mini magnetic robots to deliver medicines, to launching rockets into space thanks to our knowledge of Newton’s laws. We even see the possibility of exponential computing power through a study of quantum mechanics. Physics provides us the context to better understand and appreciate these advances in technology.

Physics also helps us better relate to and understand the big questions people are asking about our purpose here on Earth. My grandfather studied physics at Oxford and then served as an engineer in World War II. He told me stories about learning to drive for the first time on an aircraft carrier and being asked to repair sonar with just a few basic tools on a submarine. He used his physics background to save lives and find creative solutions to complex problems. Later in his life, he became a pastor and used physics to help fellow believers draw closer to our Lord and Savior. When I studied physics at St Andrews University, God opened the door to many conversations with fellow students about our Creator God. More and more I see young people turn away from their faith because they believe it doesn’t line up with what they are taught in university science classes. We need students who are well equipped in science to stand firm in their faith; students who understand physics does not contradict our faith but rather confirms it. How can we study the flight of a bumble bee and not see our Creator’s hands? I encourage you to study physics so you are better able to defend your faith when faced with the tough questions.

Don’t be afraid to challenge yourself. Remember, we all start from the basics and work our way up. Keep in mind the many wonderful benefits of studying physics, from understanding the projectile motion of penguins to sharing our faith through science.  As Albert Einstein famously said, “A person who never made a mistake never tried anything new.” Don’t shy away from something that is worthwhile because you are afraid to make mistakes. It is through the effort, the journey of discovery, and the tough moments in life that we learn to appreciate the rewards that follow. As Galatians 6:9 reminds us, “Let us not grow weary of doing good, for in due season we will reap, if we do not give up.” I pray you have a wonderful year ahead, full of God’s blessings. And I hope to see you in physics class!

We encourage you to take a moment to view more information about the Physics I course available with Mr. Cartwright!