Advent I: The Race to Christmas 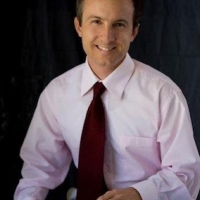 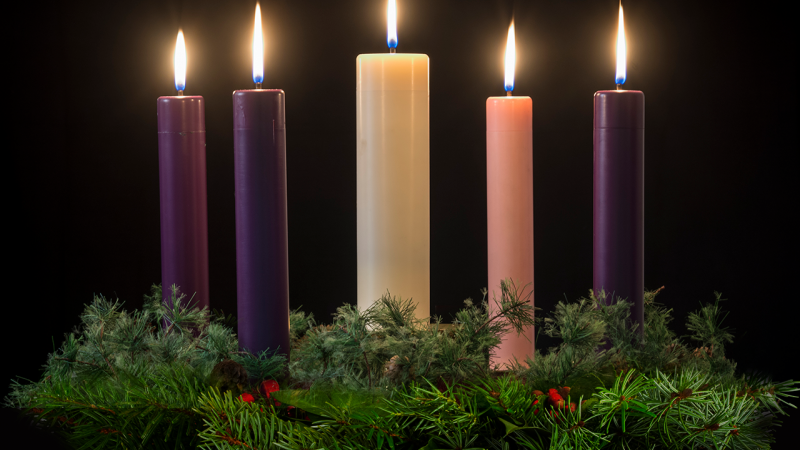 On most calendars, Christmas appears on December 25th. You wouldn’t know it driving around town on November 1st. Billboards advertised special Christmas events, and commercials announced the start of holiday sales. Shops swapped fall colors and jack-o’-lanterns for elf colors and ornaments. Everywhere you went, it was beginning to look a lot like Christmas. Once upon a time, though, we waited to set out our candles and wreaths till after Thanksgiving. Nowadays, we start decorating for Christmas on the first day after Halloween.

Why the change? Why the desire to dash away, dash away, dash away all toward Christmas? Some people point the finger at retailers eager to speed the coming of Black Friday. Shopkeepers can’t wait to start turning a profit after ten months of dreary sales. Other people posit a less commercial explanation. Homeowners invest a lot of time and effort into decorating for Christmas. They want to enjoy their lights and lawn art longer than a couple of weeks so they get started early. Both explanations help account for our annual November race to deck our halls and trim our trees.

Still another insight sheds light on our early race to Christmas. That insight comes from a most surprising place—the calendar. Unlike many of us today, many Christians of the past marked the passage of a year in two ways. One of them began with January and ended with December. It marked out national holidays and special country-wide commemorations. We’re all familiar with this sort of civic calendar: Presidents’ Day in February, Memorial Day in May, and the rest. Not only are we familiar with our nation’s civic calendar, but it’s the only calendar most of us know.

The other calendar many Christians of the past used to mark time may not be so familiar. It began several Sundays before Christmas and ended not long after All Saints Day. (If you’re wondering what All Saints Day is, then you’re illustrating the point.) This calendar marked out holidays and commemorations, too, but those important to Christians. Those who kept time by its days, weeks, and seasons were reminded each year of the faith’s greatest truths. One season celebrated the incarnation of the Son of God. Another commemorated His suffering and crucifixion. Other seasons celebrated His resurrection, ascension, and sending of the Holy Spirit.

The civic calendar starts with January; the church calendar starts with Advent. Not the name of a month, Advent is the name of a season. Its name comes from two Latin words, ad and venire, meaning “to come to.” Advent is the season in the church year that prepares us to celebrate the Son of God’s coming. His first coming, which we celebrate on December 25th, we know better as Christmas. For centuries, many Christians knew it as the Feast of the Nativity of our Lord Jesus Christ.

In most Christian traditions, the season of Advent is four Sundays long. It begins on the Sunday closest to November 30, and it stretches to the last Sunday before Christmas. This year, the date of Advent I, the first Sunday in Advent, is December 1. The dates of Advent II, III, and IV—the second through fourth Sundays in Advent—are December 8, 15, and 22.

Many churches mark the season with special music, prayers, greenery, and colors. In places where clergy wear robes and banners hang on walls, purple or blue accents often appear on them. Purple, a stylized color of blood, calls us to reflect on our sin. Blue, a symbol of peace, stirs us to remember the hope that we sinners have in Jesus.

In church traditions that include an Advent wreath, the ring lies flat to anchor five candles. One rose and three violet candles each stand for a Sunday in Advent. (The rose candle is lit on Advent III, otherwise known as Gaudete Sunday. We’ll explain why as the Sunday approaches.) A white candle, which stands in the middle of the wreath, is lit on Christmas. The feast of Christmas signals the end of the preparatory season of Advent.

Colored candles, robes, and banners are foreign to many Christians today. One of the season’s most beloved hymns, though, isn’t. Adapted from its Latin original, it appears in our seasonal repertoire as “O Come, O Come, Emmanuel.” Its first verse suits well an introduction to the anticipatory season of Advent:

For those who observe the church calendar, the day after Halloween needn’t begin a mad rush to Christmas. Between the two dates rests a season of reflective preparation, a season that beckons us to slow down. With its prayers, hymns, and traditions, Advent emphasizes the importance of Christmas. It helps us remember why we need Christmas, why we need Emmanuel, who is God with us.

Advent prepares us to greet the Christ child in the manger, but it doesn’t let us forget why He came. He came to redeem us from sin and to set the broken world right again. When Christmas comes, we’ll sing with joy, we’ll exchange gifts, and we’ll feast. In the midst of the mirth and merriment, we may forget that the Babe’s mission took Him to a cross. Christmas reminds us that Christ has come; Advent reminds us why.

Advent focuses our attention on the Son of God’s coming—but not only His first coming. The season directs our gaze to the future, too, toward the second coming of Christ. Between November 1 and December 25, the message we hear in the market is shop, eat, and shop some more. During the church season of Advent, though, we can hear deeper, richer messages. We can reflect on words of grace and hope, such as found in this traditional prayer for Advent I:

Almighty God, give us grace to cast away the works of darkness, and put on the armor of light, now in the time of this mortal life in which your Son Jesus Christ came to visit us in great humility; that in the last day, when he shall come again in his glorious majesty to judge both the living and the dead, we may rise to the life immortal; through him who lives and reigns with you and the Holy Spirit, one God, now and for ever.

Advent may be a new idea for you and your family. Special candles and colors and prayers may be far from your Christian experience. Still, Advent traditions capture rich devotional beauty and worshipful wisdom. Those who explore them often find their Christmas preparations more fulfilling. This week, perhaps commit

yourself daily to pray the prayer above or sing a verse or few of “O Come, O Come, Emmanuel.” You and your family may even opt to make an Advent wreath for your home. (Click here for instructions for making your own Advent wreath.) In coming weeks’ posts, we’ll suggest other ways you might make Advent special.

Those who observe Advent may rush out after Thanksgiving to buy gifts for Barney and Ben. They may be singing along with Andy Williams, too, who thought the season “the most wonderful time of the year.” When he gets to the lines about Christmas glories long, long ago, they won’t be thinking of “scary ghost stories.” They’ll have something else in mind. They’ll remember that there was a day when Christians marked time differently. They’ll appreciate in a new way that the advent of the Son of God changes everything. He redeems even the lowliest among us, our calendars.

In case you missed the posts from the other weeks of our Advent series.
Advent II: The Gift Under the Tree
Advent III: Reflect and Rejoice
Advent IV: When Violet Fades to White