Ten for the Beach: A Summer Reading List for Students & Graduates Alike 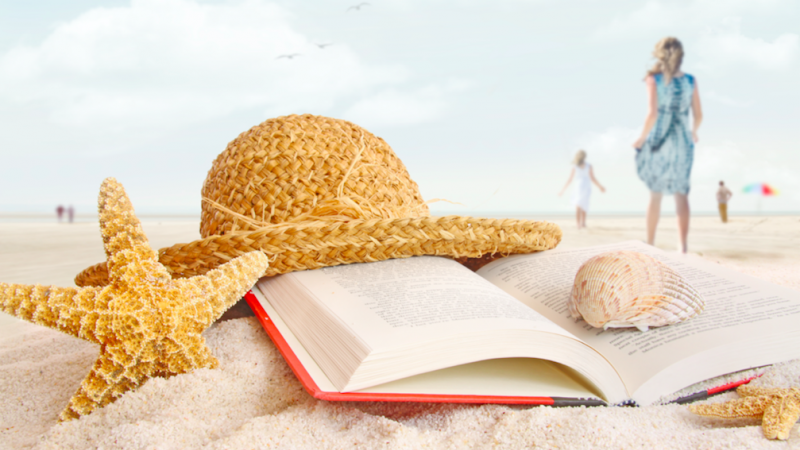 Summertime means beaches, barbecues, and bumblebees. Even for those who left school years ago, summer months bring a break from the year’s routine. We go on that road trip we’ve been talking about or invest a few more leisure hours into a pet project.

We pull out our summer reading list, too—the one with books we don’t have to read. Friends and family suggested some of the titles. Others showed up in the footnotes of books and articles we’ve read for school or work. A few on the list met only the criterion of having an inviting cover or an intriguing title.

The Veritas community knows how much Veritas loves the classics. Omnibus texts and courses brim with many of the best. Omni doesn’t cover all the classics, of course, and classics aren’t the only books worth reading. (Don’t tell your Omni teacher we said that!)

Below you’ll find some summertime recommendations. Some will suit a more mature and discerning audience. All are worth a read and a ponder.

All Creatures Great and Small (Herriot, 1972). Love animals and love to laugh? This book’s for you. Set in a quaint northern English village, a vet tells tales of his early career in the 1960s and 70s. Many of his stories are heartwarming; some are hysterical. Veterinary practice in his day called for demanding hands-on—and hands-in!—skills. A couple of Herriot’s tales end with an animal in stitches. Many of his tales will leave you in stitches.

Crime and Punishment (Dostoevsky, 1867). The story’s part murder mystery, part psychological thriller. It isn’t for the faint of heart, though. Raskolnikov plans and commits the perfect murder, and he feels justified in doing it. He’s an Übermensch, after all, free to rise above the constraints of Christian morality. In Raskolnikov, we see the darkest recesses of a depraved mind and a hounded conscience. (Veritas carries this book here!)

Jonathan Strange and Mr. Norrell (Clarke, 2004). Gregory Maguire once called it “Hogwarts for Grown-Ups.” It’s nineteenth-century England, and the practice of magic has fallen on hard times. Some learn of its history and methods in revered books. Only one—Mr. Norrell—puts it to use, and he plies it to help the British defeat Napoleon. Norrell sets out to restore the robustness and respectability of English magic. What he didn’t know was how much it would cost him.

Gone with the Wind (Mitchell, 1936). Here’s a story about slavery, war, abuse, starvation, and heartbreak. It’s also a story about hope and survival. Southern belle Scarlett O’Hara hangs on to her grit and optimism while the world she knew collapses. Set during the Civil War, Mitchell paints a painful study of human resilience. She also shows readers that overcoming adversity sometimes requires both relentlessness and ruthlessness.

*The Heavenly Man (Brother Yun and Paul Hattaway, 2002). Chairman Mao, pitiless ruler during China’s Cultural Revolution, closed all churches. He wanted Christianity erased from the continent, but God had other plans. This is the story of Brother Yun, a man who kindled the hearts of the people. Through him, God turned a remnant into a throng of millions. Yun sheds light on Christianity’s recent resurgence in China during renewed persecution.

*The Immortal Life of Henrietta Lacks (Skloot, 2010). The story of Henrietta Lacks and the HeLa cell line is the greatest story in medical history you’ve never heard of. Skloot writes as though she has degrees in biological sciences and creative nonfiction. (In fact, she does.) Her book touches on medicine, law, economics, and ethics. It calls attention to medical marvels and extols the value of medical research. It also frames its narrative within the context of social and economic injustice.

*A Rhetoric of Love (Jones, 2018, Veritas Press). Jesus calls us all to love our neighbor as ourself. A Rhetoric of Love asks how we can do that in our speaking, writing, and living. How ought Christ’s followers to try to persuade others? How should our rhetorical efforts look different from those of the world around? How can we seek to persuade with empathy, understanding, and compassion? How can we listen to others—really listen—and then speak truth in love? (Veritas carries this book here, and has recently released a second volume by Dr. Michael Collender!)

*Three Cups of Tea (Mortenson, 2006). Set in the Karakoram mountain range, this book’s for those who love to travel the world from an armchair. Locals take in Mortenson, a stranded K2-climber, changing his life forever. In return, he devotes himself to the region’s education and welfare. Mortenson takes us to the heights of K2 and the impoverished depths of nearby villages. His story shows how total strangers learn to love and serve one another.

The Unquiet Bones (Starr, 2013). Enjoy whodunits, forensic medicine, and the Middle Ages? This engaging, well-researched book’s for you. In it, Starr introduces the lovable Hugh de Singleton, a newly minted surgeon. Hugh treats illnesses and solves crimes in medieval Oxford. He works to advance his career in medicine and to secure his place in society. Along the way, he solves the murder mysteries he stumbles across.

If you put your mind to it, you could read all ten books this summer. If you do, call us up. We’ll send you our next list.

*While all of them read like good fiction—dynamic characters, surprising plots, engaging language. These books are nonfiction.

Michael Eatmon first learned of classical Christian education in the summer of 1993. Ever since, Michael has worked to further the reach of Christian classical learning. For 15 years, he served as academic dean of The Geneva School in Orlando. For a few years afterward, he developed curriculum for the Rafiki Foundation.

In 2013, Michael joined the Veritas family, becoming its director of curriculum development. Key projects have included A Rhetoric of Love, Composition I, and the Phonics Museum app.

Pam Eatmon is an educator at heart and not only of her children, whom she began homeschooling 10 years ago. She’s happy to talk about organic foods, integrative medicine, and special-needs adoptions. At church, Pam leads women’s Bible studies. In the neighborhood, she organizes wine-and-cheese chats. When not otherwise tied up, she’s likely to be curled up with a good book or stretching out in her favorite yoga class.

Michael and his wife, Pam, live in suburban Orlando with their entitled dog. Always nearby are their four loving children and two beautiful children-in-law.