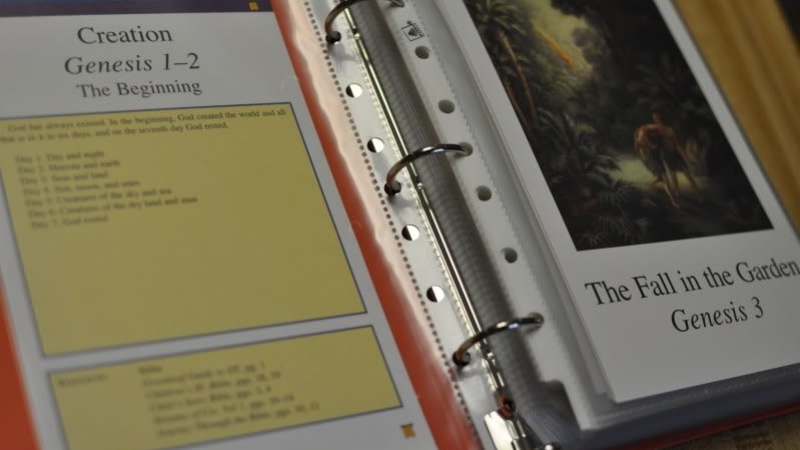 The title would almost seem oxymoronic—how else would you teach history? Yet some would argue for teaching history by other means. Actually, no one really argues that you ought not teach chronologically. Rather, they say that other factors make teaching chronologically less effective in reaching the end goals in a classical Christian education.

There is one key factor generally argued by those who don’t teach history from the beginning. They say that to teach young children you must teach them in a context they understand. They live in a place and time—getting too far from that place and time is too disconnected for young ones to understand.

Taking exception, we recommend teaching history from Creation to the present in second through sixth grade. By second grade students have already gained a healthy sense of the past and have gradually become ready to expand their horizons to include places and times they have not experienced. We certainly agree that an ability to understand places and times not previously experienced is the most important factor in studying history. But we believe they are quite ready to then jump all the way back to the beginning—to Creation—and work forward just as God does in His Word.

Those who practice otherwise typically spend nearly all grammar school years teaching American history. This, they say, is more relevant. Some even say what you study—the content—doesn’t matter. The need is to have students memorize something…anything. They cite Dorothy Sayers' essay which, when commenting on grammar school history, says , “The grammar of History should consist, I think, of dates, events, anecdotes, and personalities. A set of dates to which one can peg all later historical knowledge is of enormous help later on in establishing the perspective of history. It does not greatly matter which dates (emphasis added): those of the Kings of England will do very nicely…” They take this to mean that memorization is the important element, not content. Yet the rest of Sayers’ thought continues, “…provided that they are accompanied by pictures of costume, architecture, and all 'every-day things,' so that the mere mention of a date calls up a strong visual presentment of the whole period.” We know they can memorize a lot. Let’s make it a lot of meaningful content.

What about before second grade? To kindergartners we recommend teaching a familiarity with their town as it exists presently. We recommend this because it seems the best preparation for their eventual study of history and because it is important for them to visualize place and context. In first grade we cover state history, which includes both place and time to give students a broader sense of place and a sense of time. By this time students are ready to think chronologically as well as geographically. We expand the geographic area to include their whole state and go back to the time it was settled. This is not only the study of their state but a step toward study that includes real chronology. Since first graders understand the idea of parents, grandparents and great-grandparents quite well, creating a family tree is a great tool to help them grasp these concepts initially.

It doesn’t take much study of history in the recent past to see that it connects to something before. Why was America founded? The Puritans and Pilgrims sought religious freedom, settling in Plymouth in 1621. Religious freedom from what? Tyrannical religious leaders in Europe. Why were some religious leaders tyrannical? Tyranny arose in various settings from the Reformation begun in 1517 with Martin Luther. What caused Martin Luther to begin the Reformation? Several centuries of difficulty and abuse within the Western Church. What caused these difficulties? And on and on—you get the picture. Space does not permit continuing. However, it should be quite easy to see that this line of reasoning does not end until you get back to the beginning—Creation.

Those who spend most of their grammar school years learning American history may observe Christian thought in America’s past but not know how it came about. They may observe the tremendous balance and beauty of Williamsburg’s architecture, but they have no ability to relate it to the influences of Greek or Roman culture or even to connections to the talents and creations of Bezalel (Ex. 31:1–3).

We will never forget a family visit to the Smithsonian National Air and Space Museum when our oldest son, then 10, looked up and promptly identified a small fighter plane as being from WWI. He had seen pictures of similar planes placing them in their historic context. He had also connected the age of industrialization and beginning of flight, both occurring in the late nineteenth and early twentieth centuries with the low-level of sophistication observable on the aircraft.

It is certainly important to understand the limitations of students during their grammar school years. They will not make all the connections of cause and effect that they will ably do later. Which really gets back to the point of classical educational pedagogy—have them memorize when they are good at it in the grammar school years so that, when their interests mature and their memorization skills diminish, they have mastered the material and the connections will be frequent and significant as they study further along the way.

When a student finishes grammar school and has completed a survey-style study of history, he is perfectly capable of jumping in to a very deep study of a particular time frame because he has a sense of how things got to the point where the in-depth study will begin. Furthermore, he will be quite capable of addressing circumstances and issues in the present. For example, he will easily tie the architecture of Washington, DC, and the government of America together by knowing their Greek and Roman roots. In other words, to understand any of history requires some level of understanding of all of history. It may not be easy, but it’s just that simple.