Single-Sign-On is Live! Need help signing in to VPSA.VeritasPress.com or Schoology? We've got a help center, 8am-5pm, Eastern: https://vpsa.adobeconnect.com/_a1082483207/liveclasshelp/ 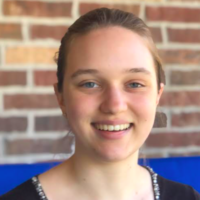 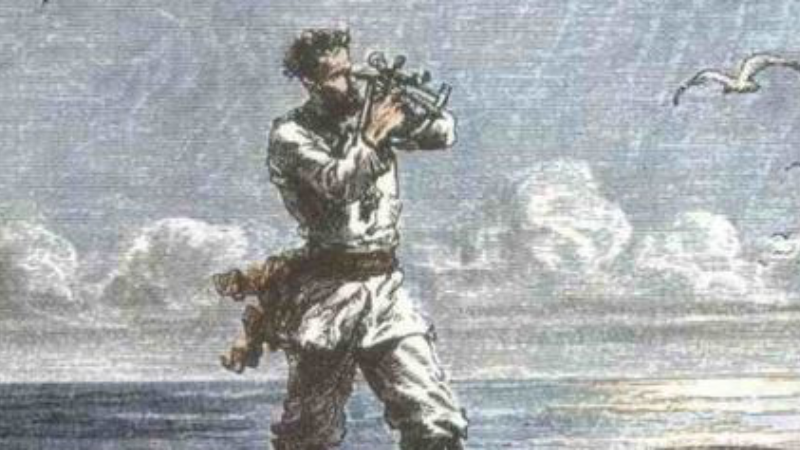 Verne's novel offers us a character study of a man who pursues the theory of Machiavelli.

What qualities define a great man? Classical heroes believed that strength and courage elevate character. Christians prize the trifecta of faith, hope, and love. For centuries, the West held to some combination of these ideals. However, in the early sixteenth century, Niccolò Machiavelli proclaimed an opposing view. Man is selfish and wretched, he declared; the solution is a prince who leads his people to success. Religion is useless, and virtue is only valuable for utilitarian purposes. Three hundred fifty years later, the French author Jules Verne seemed to agree. His portrayal of Captain Nemo, the most powerful character in his novel Twenty Thousand Leagues Under the Sea, closely matches Machiavelli’s prototype in The Prince. A leader, as described by these two writers, wars with fortune for the good of himself and his community. The crafty prince strives to shape society into his own image, even if that means he is more feared than loved.

From the moment Captain Nemo appears in his submarine (the Nautilus), he demonstrates his shrewdness. When his accidental visitors, Dr. Aronnax, Conseil, and Ned Land, first meet him, they introduce themselves in four languages. Nemo, who understands all of them, pretends to be ignorant so that he can take time to evaluate their story. Then he traps them on the vessel. He promises them freedom on board, but removes access to the outside world. The captain later follows Machiavelli’s advice to break his word when that benefits him. For no apparent reason, he imprisons his guests for an indefinite period; although he spoke vaguely about such a possibility before, he refuses to explain his arbitrary actions. In this way, Captain Nemo appoints himself the supreme lawgiver of his community.

The ruler’s relationships within this company are complicated. His primary reason for withdrawal to the Nautilus is personal—Nemo has rejected the rest of the world because of its injustice and oppression. However, when the entire band suffers, he exerts himself for their good. When everyone is trapped in ice and running out of oxygen, the captain plans and works alongside his crew. His strategy succeeds, saving the group just in time. Still, Nemo does not win the permanent friendship of the people, as Machiavelli prescribes. His aversion to mankind prevents him from gaining support. He accommodates his subjects, but he does not hide the fact that they are under his thumb.

The Earth does not want new continents, but new men.
Jules Verne

Since the captain controls his fellow passengers, they fear what he can inflict on them. Nemo’s true character and motivations, when revealed, are terrifying in the extreme. As Captain Nemo prepares to take revenge on mysterious enemies, Dr. Aronnax reflects, “But when I thought of the deep calm of the elements compared to all the angers growing in the flanks of the imperceptible Nautilus, I felt my whole being quake.” According to Machiavelli, fear is the strongest bond between a leader and his men. Captain Nemo has certainly accepted his counsel that “it is far better to be feared than loved if you cannot be both.” However, in Verne’s work, fear seems to inspire the three friends to defy the captain. Throughout the voyage, all Ned can think about is the possibility of escape. Though the others are doubtful at first, they eventually agree to join his attempt. The captain inadvertently prevents them, continuing the link between their destinies.

By creating a lonely underwater life, Nemo believes that he has established control over his own fate and evaded the reach of fortune. Machiavelli declares that fortune controls half of life, and people guide the rest by adapting to their circumstances; however, Captain Nemo believes that he has settled his entire future. “Not only had he placed himself outside humanity’s laws, but he had made himself independent, free in the strictest sense of the word, out of all reach.” Still, his fate finally overtakes him when a maelstrom arises. His enemies never find him; the water itself swallows him. His last recorded words are the woeful cry, “God almighty! Enough! Enough!”

Did Captain Nemo, then, repent of his Machiavellian lifestyle at the end? Did he regret his craftiness, his unavailing struggle with fate? Did he weary of his own fearsome tyranny? Dr. Aronnax, who survived the storm with his companions, hoped so. He even hoped that Nemo remained alive, to pursue a reformed career. Failing in his quest for vengeance, perhaps he would become a law-abiding man. As exemplified by Captain Nemo, Machiavelli’s instructions are effective in dominating fellow men, but ultimately unfulfilling for both the prince and his realm.