Buy a Self Paced Course, Get One Free! Heck, Buy 2 Courses and get 2 Free (there's no limit)! Add your Self Paced Courses to your cart, then use code BOGO21 at checkout! Sale ends Dec. 6th. Courses can be deferred until Sept. 2022.
Epistula | 5 Minutes

My "ROI" With VSA 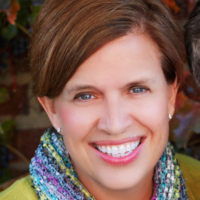 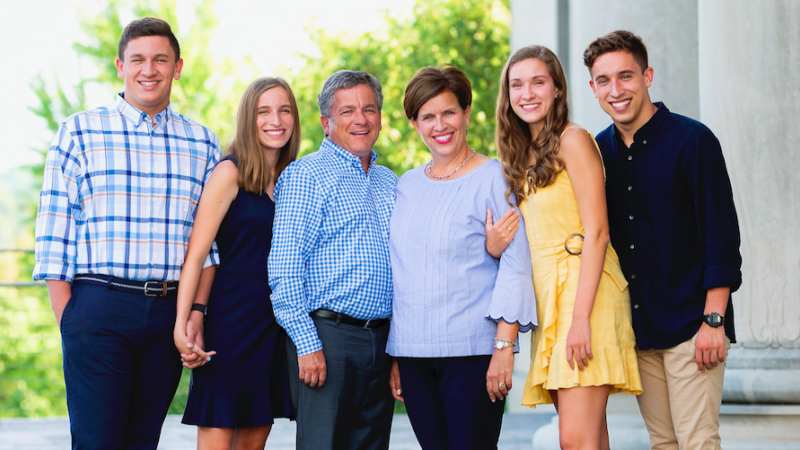 Ten years ago, I was knee-deep in homeschooling four young children. Even though I’d earned a master’s degree in teaching and taught at fancy prep schools for nearly a decade, homeschooling a sixth-grader, fourth-grader, second-grader, and kindergartener all at the same time made me come to a startling conclusion: I needed some help! A friend of mine taught at Veritas Scholars Academy at the time, and she thought it would be a good fit for our children. I plopped our oldest, Michael, in for seventh-grade, and he did beautifully. Today he's about ready to graduate from college and is heading to dental school in August.  After our decade of VSA, we have two graduated Griffins, a VSA senior who will graduate in a few months, and a sophomore at VSA.  My husband tells me at least once a month that putting our kids into VSA’s Diploma Program has been one of the top three best parenting decisions we have ever made.

VSA has provided my kids with not only academic excellence but also a moral framework to tackle the modern world. I can see the evidence of this in my children’s growth over the past decade. They have learned to pursue wisdom, think critically, and ask the why questions.  As a high schooler, I was considered the smart kid—I had the 4.0—but my education was paper-thin. I never knew how anything connected to anything else. I was a great memorizer and highly organized, traits that yielded a near-perfect academic record. When I started homeschooling my own children, I knew I wanted something more but didn’t know where to find it until I stumbled across Veritas. VSA has changed the Gimotty family forever.

I love hearing stories from my college kids about the educational foundation VSA has provided them. When I launched my oldest off to an out-of-state college, I took some time to check in with him after a few months. I asked him how I could be preparing his siblings better for their future college days. He said, “Mom, there are over one thousand freshmen at my university, and I am quite certain that I am the most prepared of all one thousand of them!” Last semester, my college daughter called me and asked me to quiz her a little bit for a final exam—yes, via Facetime! As I was quizzing her, I said, “Madison, you learned all of this stuff in Omnibus.” She replied, “I know, Mom. I’m the only kid in the class who has ever studied any of this. This final exam will be so easy after taking all of those Omnibus exams!” Then, my younger son was recently interviewing for the honors program at his soon-to-be university and was asked about the books he’s read.  A bit sheepishly, he explained to the honors professor about Omnibus and that in the past six years, he’s read more than 150 Great Books. Needless to say, he was admitted into their Honors College!

A few years ago, I discovered a little more time on my hands because my children needed me a little less, so I began looking for opportunities to sow into the next generation of homeschool families. I decided that being an Academic Advisor for VSA would be the perfect next chapter for me.  Keenly aware of the rigors of classical Christian education and the demands of homeschooling in general, I love to help other homeschool families become more successful in their journey.  After being in my position for a few years, I always like to tell new families a few key things about VSA:

In two years, I will be closing the chapter of my personal homeschool journey of more than eighteen years. If I am honest, it’s sad for me in many ways, but the rewards have been tremendous. One of the unexpected blessings of being in the trenches with my kids day in and day out is that they still want me to be involved in their education in college. Not a day or two goes by that I don’t hear from one of my out-of-state college kids about some aspect of college life they want to share with me. Every day wasn’t fabulous as I homeschooled my children. In fact, few days were—but our return on investment has been extraordinary, and VSA has played a huge role in that. Our school aims to graduate young men and women who think clearly, reason persuasively, and articulate winsomely, and by God’s grace, we are doing just that!

Susan Gimotty is an Academic Advisor at Veritas Scholars Academy. She has four children, two of whom are now VSA graduates and two who are in high school at VSA.