SAVE $100 ON ANY SELF-PACED COURSE. Use code BACKTOSCHOOL at checkout
Omnibus | 6 Minutes

Leading Omnibus Discussions: The Importance of the "Question to Consider" 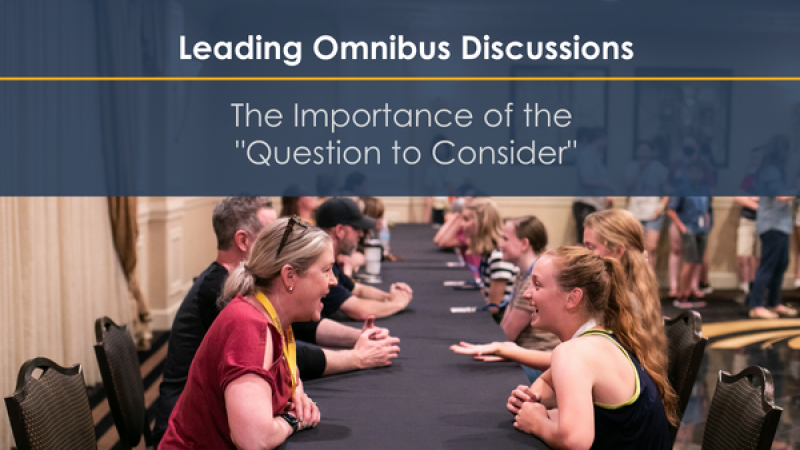 Have you ever seen someone have the “nods” at church? The “nods” are what happens when you are falling asleep during the sermon and you wake up as your head leans forward. To cover your guilt you pretend to nod in agreement. At one church I attended, the minister preached in an uncomfortably loud voice—sort of a mix of passion and yelling fairly constantly. Still, one of the older gentlemen in the church could nod off even as the minister was shouting 15 feet away from him.

Why do we fall asleep during sermons or speeches? Well, there could be many reasons: too little sleep the night before or too much food for breakfast. Often, however, I think that people struggle to stay awake because they are not able to see how the sermon applies to them. This could be a failing in the person themselves or in the minister’s preaching—or both.

Contrast that with the feeling you had during the best sermons or speeches that you have heard. At times like that, you are so interested, so entranced that you remember everything. I was once listening to R. C. Sproul preach on Jacob’s Ladder and I almost felt like the world was standing still. I remember the looks on his face, the lamp illuminating the pulpit, and the tone of his voice.

Great sermons capture our interest; boring sermons quench it. Omnibus discussions can be the same way. If we don’t adequately stir the interest of our students, we might find them nodding in agreement as they try to cover the fact that they are falling asleep. The part of the discussion that aims to set the hook of interest in the heart and mind of the student is called “A Question to Consider”. Every Omnibus discussion starts with one of these. Today, I wanted to help you understand this critical part of making a discussion great. Let’s explore the Roots of, the Reason for, and the Results of the right use of “A Question to Consider.”

The “Question to Consider” starts the discussion by asking the students to react to a question that they can usually answer simply by reflecting on their own beliefs and feelings. So, for instance, we might be studying the denial of Peter and the concept of repentance. We don’t start off with the text of the Gospels. We start with a question like: “how do you know when you have done something wrong?” Students might talk about their consciences, or the internal work of the Holy Spirit, or their recognition that the Bible condemned what they just did. Repentance and sin connect to their life. The Question to Consider makes the connection clear and, Lord willing, stirs the interest of the students in the subsequent discussion.

The Roots of the Question to Consider

The Roots of the Question to Consider are connected to a funny story about the creation of the Omnibus curriculum. About 20 years ago, I found a book I really liked called Norms and Nobility by David Hicks. (You should read it, although it looks like it might be out of print—which is a shame!) We were exploring the patterns that would become norms in our Omnibus classes and eventually in the Omnibus curriculum. I liked Norms and Nobility. I liked it so much that I could not put it down. I couldn’t stop reading it even when my wife went into labor. Now, I was paying attention to my wife and holding her hand when she needed to squeeze mine, but I was still trying to read when she didn’t want to talk. You can tell the intensity of the contraction by the size of the words that I was writing in the margin.

Hicks talks about the concept of “Pre-discussion.” He cautions jumping into discussions of a concept without preparation that stirs the interest of the students. The genesis of the “Question to Consider” is rooted in Hicks’ concept of Pre-discussion.

Soon after the baby was born, I was back in class talking with my students about Plato’s forms. One of them famously said, “Stupid, stupid, stupid!” I was fearing that I was about to lose the class and perhaps even face a mutiny. I paused and we dove into a Pre-discussion on how we know anything is real. We actually spent a few days coming up with and challenging ideas of how we can know reality. By the end of that time, the students were ready to listen to and question Plato. Their interest was engaged.

The Reason for the Question to Consider

The reason for the Question to Consider is that student interest is a prerequisite to a good discussion. If the students are not interested, it might be preferable for them to be asleep. At least if they were asleep, they would not know if the content and ideas were boring or meaningful.

So, if you want good discussions, take your time on the Question to Consider section of the discussion. Stir interest before digging in. Start in their lives and their thoughts to help them know why this discussion applies to their lives.

The Result of the Question to Consider

If you spend time on this section and if you get students' hearts stirred up and interested, much of your work in the discussion will move from talking about things to refereeing as the students discuss and debate questions. This is the goal of Omnibus.

Here are some of the signs that student interest is engaged:

My classes have been involved in some epic discussions, ones that are seared into the hearts and minds of the students who were in them. One of my favorite early discussions was on the Just War ethics of nuclear weapons. One of my students was planning on being a naval officer on a nuclear submarine. Of course, I wanted to be very careful at this point because no one wants to be the teacher whose students blew up the world because he didn’t get enough training on ethics! The students had divergent and passionate opinions. Some thought that nuclear weapons should never be used; others that they could. Years later the students were together at a dinner where one of the students was introducing his new fiancee to the group. Someone mentioned something about nuclear energy and the entire group jumped back into the nuclear war ethics discussion. It was intriguing to me that they remembered so well and that they were still passionate. They were because I took time to stir interest. We spent time on the question to consider. In the end, that made the difference. A discussion without interest is like a Christian without love—it ends up being a clanging cymbal or a resounding gong meaning very little. 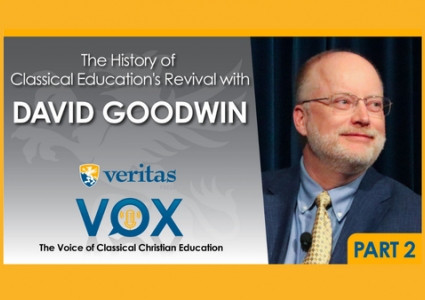 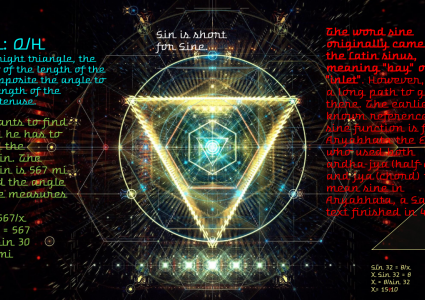