Is History More Than Memory Work? 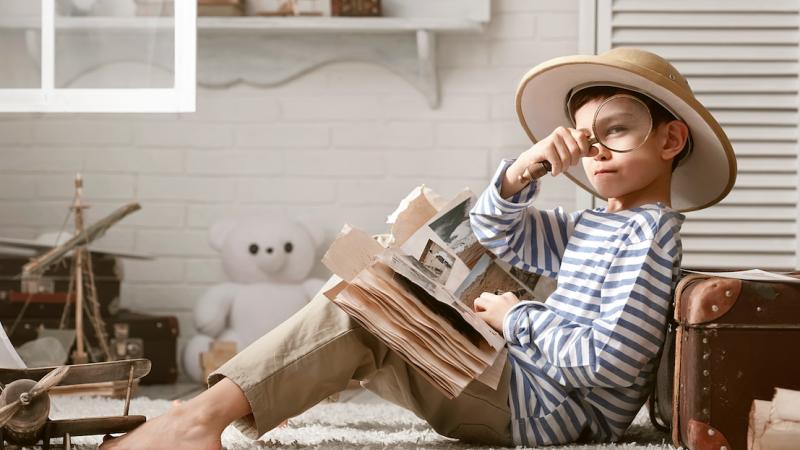 You could just see the unbelief on the faces in the audience. Our four sons were chanting away their Old Testament, Ancient Egypt chronology to demonstrate the value of classical education to the group. They recited all 32 events without missing a beat. And they were only 7 to 11 years old.  When you see little boys chanting about Amenhotep and Monotheism it makes a great impression. Yet, being more thoughtful about it, we should ask “To what end?”

Many classical educators don’t seem so aware that the grammar stage must be more. If my sons had done nothing but memorize their chronology it would not have had much impact on their lives. Of course, I don’t expect a seven- or eight-year-old to understand monotheism. But, they can understand that the Egyptians worshipped other gods and not the true God.

The grammar stage is, without a doubt, the best time for a child to memorize. We need to be filling their minds with those things that seem important for them to know and easily recall. “Putting information on their hard drive” as my husband would say. Learning a chronology is very important—it’s the basis for our curriculum for good reason. But, it’s not enough. Many programs that think it’s all about memory work are missing crucial elements. They really are missing the point of a classical education.

Albert Einstein once said, “It is the supreme art of the teacher to awaken joy in creative expression and knowledge.”

Plato once said, “Train children not by compulsion but as if they were playing.”

R.C. Sproul said, “We don’t need to instill curiosity in children. God’s already done that. It our job to not kill it.”

These men understood something very important about the nature of education. I can make a parrot repeat what I say, just like I can make a child. The difference is that in the future, I expect the child to apply what’s been memorized. Additionally, I can use what they memorize to awaken their curiosity. This will both motivate them to learn more and help them to love the learning process. I know I don’t need to explain that if they love what they’re doing they want to do more of it. I still vividly remember the excitement of a little boy when he realized that the Egyptians he had been studying were more than an isolated ancient people group. He had heard about them in Sunday school. Yet, they were not real to him. When it hit him that the people we were learning about were the same ones in the Bible, he kept saying he now knew the Bible must be real. There are some interesting theological ideas we could pursue from this at another time. But, what’s important for our purposes is that the child made some remarkable connections.

The purpose of memorizing a history or Bible chronology is not to pass a chronology test. It’s to teach children the flow of time.  Building chronological connections in history and the Bible will come later. But, for now, we still need them to understand and appreciate who, what, where and when at a healthy level for their age. God created the World. That is the first thing they learn in their chronology. They also learn what happened on each day of Creation. Someday, they’ll see elements of God’s plan in the order God created.

Learning a basic timeline in history and Scripture will have them see the overlap of Jesus’ living on earth and Paul’s ministry with Roman rule. This is not pulling the logic stage down into the younger years. Rather, it’s providing a fuller picture of the facts they’re memorizing. It’s the difference between a skeleton and the whole person.

As parents and teachers we are to inspire our children to ask for more. When they are studying Greece and Rome they should be building colosseums and temples and having a Greek feast. They should be reading great historical fiction that inspires them to ask for more. My five-year-old granddaughter can tell you all about volcanoes and Mt. Vesuvius all from reading Magic Treehouse books. It caused her to want to build a volcano. She wanted to get out a map and see where Vesuvius was. That caused us to build a Roman home and read a few more books. That is what learning is about. Causing children to be so curious they ask for more.

One of the reasons that our education system is in trouble is that we have done nothing but regurgitate information. A robust classical education is not following such a path. Children have lost their desire to learn. Let’s not put so much emphasis on the wrong type of memorization.

“To what end?” is the question. When we teach children in grammar school, we should be careful to have them memorize lots of information. It shouldn’t be dry and laborious. It should be fun and meaningful. That way, their ability to make real connections and applications will allow them to learn from the past to live in the present as motivated life-long learners.