Is a Christian Psychology Possible? 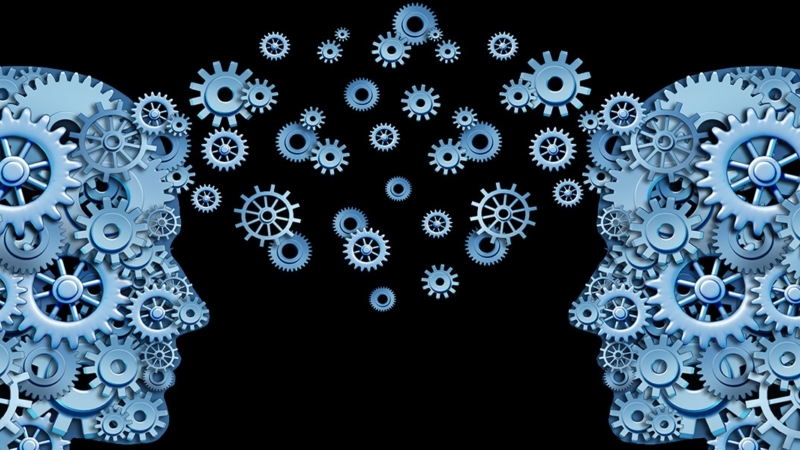 Hypnosis? Schizophrenia? Sociopaths? Multiple Personalities? Does the Bible have anything to say about what we today call “psychology?”

One of my favorite things to do during the summer is to teach Summer Psychology at Veritas Scholars Academy. The condensed six-week format is more intense, but it also allows for longer class meetings, for learning interpersonal skills and having discussions. We learn skills like lie-detection, hypnosis, and counseling.

However, one of the most important topics we discuss in Psychology is: What is the relationship between the Christian faith and psychology?

One textbook defines psychology as “the scientific study of the behavior and thinking of organisms.” It’s easy to see that psychology positions itself to be science based rather than faith based. Psychology claims to use reason and facts, while religion allegedly appeals to only faith and texts.  Are psychology and Christian faith mutual enemies, friends, “frienemies” or something else?

The answer depends on what one takes to be “science.” For the last century, the first century in which psychology was cultivated as an independent discipline, with few exceptions researchers practiced “science” with a wholly naturalistic, virtually atheistic methodology. Thus, if you import a naturalistic view of science into the definition of psychology I quoted earlier, the definition changes to “the atheistic study of the behavior of thinking and organisms.” Not without reason have biblical counseling advocates picked up on psychology’s hostility to the biblical worldview.

Do we trust naturalistic science or the Bible? Many Christian psychologists have maintained a Buddha like “noble silence” on these sorts of questions. If you think about it, the silence makes sense. If one wants to get an article published in a prestigious psychology journal, appealing to the Bible is a sure way to fail peer review. The Christian textbook Introduction to Psychology and Counseling (hereafter IPC) tries to skip this problem all together by offering a cafeteria selection of four possible models of interaction. You pick your model.

Briefly, let’s look at each one of these.

According to IPC, both the First and Second Models, “Christianity against psychology” and “Psychology against Christianity,” fail because they pit religion against science and science against religion. The Third Model also fails because it denies interaction between science and religion. This leaves only the Fourth Model, ‘Psychology integrates Christianity.” In other words, science integrates religion. This sounds pretty good, until we consider the issue we looked at before regarding what one takes to be “science.” If psychological science is “the atheistic study of the behavior of thinking and organisms,” then when psychology integrates Christianity we get things like the psychology of religion, which offers atheistic explanations for why humans came up with crazy religious ideas, like God and sin.

This is why I start VSA’s Psychology class by advocating a Fifth Model for the interaction between psychology and Christian faith. In the third chapter of his book Miracles, C.S. Lewis attacks naturalistic psychology by first quoting then famous Professor J. B. S. Haldane, “If my mental processes are determined wholly by the motions of atoms in my brain, I have no reason to suppose that my beliefs are true… and hence I have no reason for supposing my brain to be composed of atoms.” If naturalistic, atheistic science is true then the causes of our beliefs are not rational  but irrational, because atoms are irrational. It logically follows, as Lewis demonstrates, that if naturalism is true, we have no reason to believe that we can know truth. This of course includes the so-called “scientific truths” secular psychologists teach us to believe.

The Fifth Model begins with a biblical view of God as the creator and sustainer of the universe. From this perspective, we need not hide from the obvious fact of brain science that the human brain was designed by a vast intellect. We need not pretend that biology has nothing to do with human gender identity or that “sin” is merely an invented social construct. God made a world where science is possible.

Since God made our brains to help us discover truth about His creation, it should be no surprise that the human brain really doesn’t like to lie. In fact neuroscience has now discovered that lies compromise the brain’s ability to function, which is why it’s possible to read when a person is lying to you. God made brains to handle information differently depending on where a human is focusing his or her attention, and this is what makes hypnosis possible. The reality that God created our minds is what makes the discipline of psychology possible.

Dr. Michael Collender teaches Summer Psychology at Veritas Scholars Academy. He is an alumnus of the Los Angeles Film Studies Center who also worked in script development and in production in the capacities of Assistant Director and Second Unit Director. He has taught philosophy and leadership studies at Gonzaga University, Spokane, WA, for over a decade. He earned his PhD in Philosophy from the University of Stellenbosch, South Africa, working on the problem of modeling complex systems. He has also been a Visiting Fellow of the Philosophy Institute of the Catholic University of Leuven, Belgium. At VSA, Dr. Collender teaches Rhetoric 2, Film and Worldview, Economics, Psychology and Omnibus 3 Secondary Self-Paced courses.