Buy a Self Paced Course, Get One Free! Heck, Buy 2 Courses and get 2 Free (there's no limit)! Add your Self Paced Courses to your cart, then use code BOGO21 at checkout! Sale ends Dec. 6th. Courses can be deferred until Sept. 2022.
Student Spotlight | 4 Minutes

In the Classroom: Behind the Glass 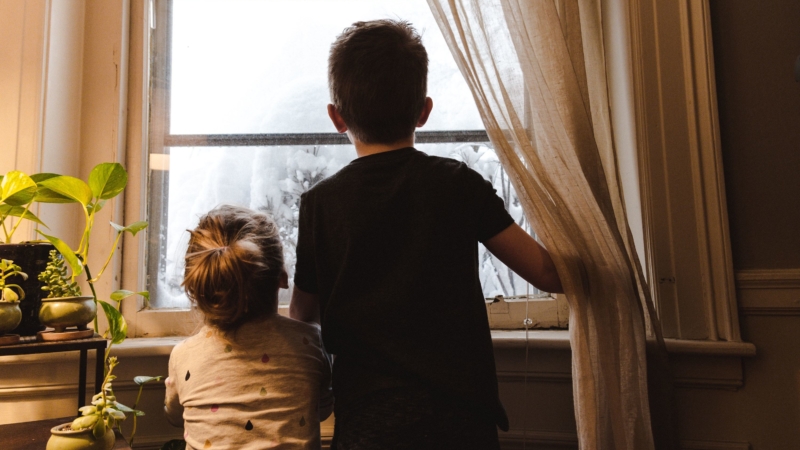 In Poetry, students are asked to identify a movement they participate in, choose a form, images and tools to represent their viewpoint, the movement’s key aspects and their message about that movement. Continue reading after the poem for an explanation from the author. To learn more about our Live Online Classes click HERE.

B. “I see behind the glass the lion’s bound.”

Want him to scare away our customers.”

B. “And yet you have a sign that says, ‘The crowned,

The mighty king of beasts! Come see him here!’?

I came to see this beast, though they may fear!”

They want to see a tame, calm, down-to-earth

Than they. We would rather, for everyone’s

Fun and fancy, that he remain tied up,

Lying quietly without his roars or

B. “Let others think of him as dreadful, but

I want to see him close and his ropes cut.”

“I do believe that I can help.” He led

Behind the glass to where he lay. B. “Should we—”

P. “His beauty lies in his ferocity.”

The lion upright to his paws arose.

Upon his massive, Roman column limbs,

He took towards me planet steps. From brims

To roots, his ocean mane, in his slow gait,

Would deeply ripple, swirl, and undulate.

His head transcended mine and yet he still

Inclined his muzzle to my face with will.

Movement: The Young, Restless, and Reformed

Many young people have become exasperated and frustrated by the shallow and insufficient theology of their churches. They deal with temptations and cultural challenges that no generation before them has had to face and the church’s teaching is just not sufficient. This young generation is not suggesting that there is some truth outside of Scripture that is the answer to their struggles at all, though. They want deeper theology, and their hunger for it has driven them to things like the works of the Puritans and the sermons of Charles Spurgeon. It is in the teachings of men like these that youth have found the answers to their struggles with sin and the culture. To these youths, this historical Christianity is where the Bible suddenly became a book that has fifty more dimensions to it and God was a million times bigger. “Young, Restless, and Reformed” (a term coined by Christianity Today journalist Collin Hansen) is the name for this group of young people amongst which Reformed theology has made a resurgence.

I chose to write this poem in an open form. Part of it is written in heroic couplets in order to reflect and bring to mind the grand, rigorous, intellectually stimulating theology that the young, restless, and Reformed have hungered for. The parts designated “Z,” which stands for “zookeeper,” however, are unmetered and contrasted with the metered part in order to show the contrast between the shallow theology that most preachers these days preach and the deep theology that youth want. The zookeeper represents such preachers. It is as if these preachers, like this zookeeper is doing to the lion, are dumbing God down and diminishing His fulness. They don’t want to go into deep theology, fearing that it will repel people from their churches. It seems like they talk about God from a distance, but really any talk about him is nominal and shallow. The zookeeper has the same fears of what might ensure if the lion is unbound. The zoo advertises with a sign that they have a lion but the exhibit isn’t a lion exhibit in the fullest sense. This lion, of course, represents God. The lion is tied down and “tamed” because that is often what has been done to God in churches. He is not preached as holy and sovereign and zealous for His glory. But the other zookeeper, Piper, representing John Piper, cuts the lion loose so that “B”, which stands for “Bruce” because this really describes my experience with this movement, can see His glory in full. This is why I tried to describe the lion creatively as majestic and powerful and big as possible in some of the last few lines. John Piper is said to be one of the leaders in this movement. I am just one of the vast majority of this movement that have been affected by his preaching to see the bigger, truer God that comes from studying deeper theology. But this “big” God does not stand aloof. He is still the merciful and compassionate God that extends His grace to sinners. I tried to portray this truth in the last two lines.

Bruce Lorenzana is a 17-year-old junior and this is his fifth year at VSA. He enjoys eating Hispanic food, studying and writing poetry, and playing piano and cello. Bruce and his family currently live in Ormond Beach, Florida.