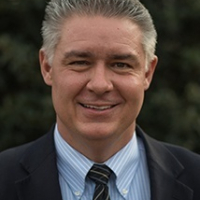 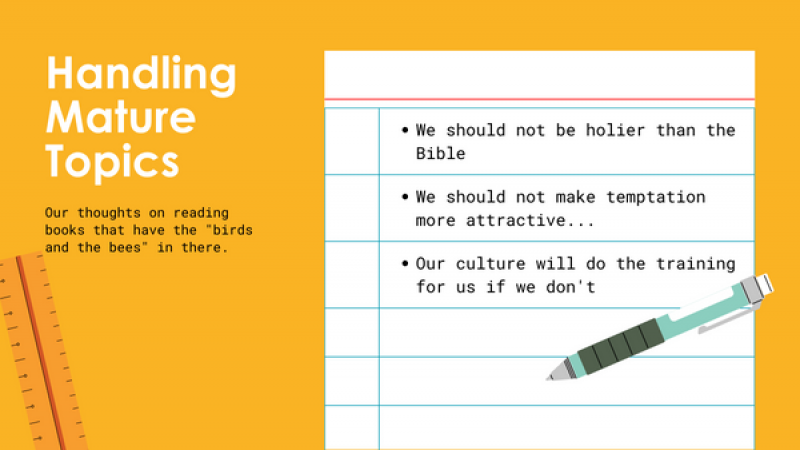 Sex, Omnibus, and the Great Books

Over the years, one of the questions that pops up periodically is, “Why did you all pick books that contain sexual content? Don’t you want to protect our child’s innocence?” These questions are all the more meaningful in the midst of a culture that seems intent on sexualizing preschool and discussing gender identity in Kindergarten. The world is out to corrupt children; our job is to protect them.

But, the question still stands. Why read The Epic of Gilgamesh with 7th graders or Augustine’s Confessions with 8th graders? Shouldn’t we just avoid mentioning sex or sexual temptation as long as we can?

As part of the team that picked the books, I wanted to take some time to explain what we were thinking and why we chose to pick certain books that mention sexual sin and sex in general. My hope is that these reasons would at least help the most worried to understand why we did what we did. Here are three reasons why we chose these books:

Reason 1: We should not be holier than the Bible

So, if the Bible is explicit, when should we start being open and more honest about sex with our children? The Bible recommends protecting the innocence of young children, but its strategy for protecting older children and adults is to help them know about sex and to treat it as a holy thing and one of the greatest blessings of a Christian marriage. This will help children fight temptation instead of imagining it won’t find them if we don’t tell them.

When should this openness start? It depends, but I think that the Bible and history would advise us to begin teaching before many of us would be comfortable. First, let’s consider history. Most of the people who have ever lived have been farmers. As farmers, one of the most critical tasks is breeding livestock. In those settings, children know about sex at a very young age. Girls often married around 15. Mary was likely that old when she bore Jesus, so when Proverbs starts giving counsel to a “son” about sexual matters—sometimes fairly explicit instruction—that son is likely in his young teens. So, when we chose books, we started with this thinking and expected that 7th grade would be the point where we pivoted from protecting innocence to preparing for battle.

Reason 2: We should not make temptation more attractive by putting a sticky note on artwork or avoiding museums

This is one of the issues that can trip up well-meaning Christian families. They think that by covering nude artwork and censoring the reading list, that innocence can be protected until college or marriage. This is not the case. Avoiding the topic altogether won’t protect innocence; it will lead to vulnerability.

Paul reminds us of what I like to call the “cookie jar” principle. When I was a child, I would be playing, and my mom would say something like, “I am going outside. Don’t eat any cookies I just put in the cookie jar.” I wasn’t hungry for a cookie—until my mom mentioned it. After hearing the warning, I could think of nothing else. Paul puts it this way in Romans 7:7-9:

What then shall we say? That the law is sin? By no means! Yet if it had not been for the law, I would not have known sin. For I would not have known what it is to covet if the law had not said, “You shall not covet.” But sin, seizing an opportunity through the commandment, produced in me all kinds of covetousness. For apart from the law, sin lies dead. I was once alive apart from the law, but when the commandment came, sin came alive, and I died.

Hiding from sexual sin or even from the opposite sex is not possible. Covering or censoring might work while a child is very young and believes the other sex has “cooties.” 7th-grade girls have figured out that some boys don’t. Boys “understand” how they feel about girls, but in 27 years of leading a school, most 7th-grade boys are starting to desire the attention of the opposite sex even though they are sometimes baffled by their own actions.

Reason 3: If we don’t provide biblically based training on sex and temptation, our culture will do the training for us.

We are not the only ones that are trying to teach our children. The world has its own curriculum. If you want to avoid it, you have to do a lot of cutting yourself off from the world. I live in Lancaster County. I have many Amish and ex-Amish friends. They tell me that the world’s curriculum on sex has impacted their community significantly. If the Amish can’t hide, how successful do you think you will be? The conduits to the world's curriculum are open if your family has a television, an Internet connection, or a cell phone. The facts are that you need to talk with your children about sex because they need God’s truth to see the lies of the world clearly.

This sex education is best done in a Christian community. Parents need to take the lead, but I was so thankful that my daughters had other godly women who taught them and provided an example of wisdom along with joyful single chastity and faithful happy marriages. I am so glad that they could talk about the horrors of adultery in books like The Great Gatsby and Anna Karenina. This education doesn’t lie to them about the glory and wonder of a sexual relationship. Instead, it helps them see the banality and destruction that results from sexual sin and the glory of a godly marriage.

One important caveat, as schools and parents work together on this, parents need to take the lead, and parents need to have priority. Sometimes, I have had parents request that their child be allowed to avoid a particular book or section of a book. I would counsel schools to try to meet that need within reason. If the school and the parents find themselves often on different pages, the school might not be a great fit. However, when there is an issue, the school does well to remember to whom God gave these children. We have worked to meet requests even when I thought parents were wrong because we work in loco parentis.

Finally, one last piece of advice, if you are going to read the books in the Omnibus curriculum, give the parents at your school excessive time to lay the foundation of sharing basic “birds and bees” sexual knowledge with their children. We send out a letter during the summer of 6th grade. It lets parents know that we are going to expect that they have had “the talk” with their child. We will not have that talk, but we will assume they have. This doesn’t always work, but when a young man raises his hand with a baffled look on his face to raise a question about a sexual matter in the reading, he says, “What’s going on in this paragraph?” It is good when you call his father, to remind him of the letter you sent months before.

Sex is a great blessing. The continuance of the human world depends on men and women having children. As Christians and readers of the Great Books, we need to think about sex biblically, helping them avoid temptation by seeing the world's lies and encouraging them to love the beauty and goodness of faithful marital intimacy.

See the publisher’s preface from the Omnibus I Student.

See this article for A Christian Perspective on Nudity in Art. 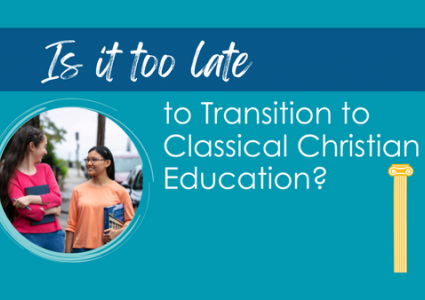