The Esterly Family: Our Veritas Story 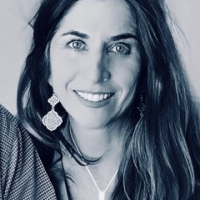 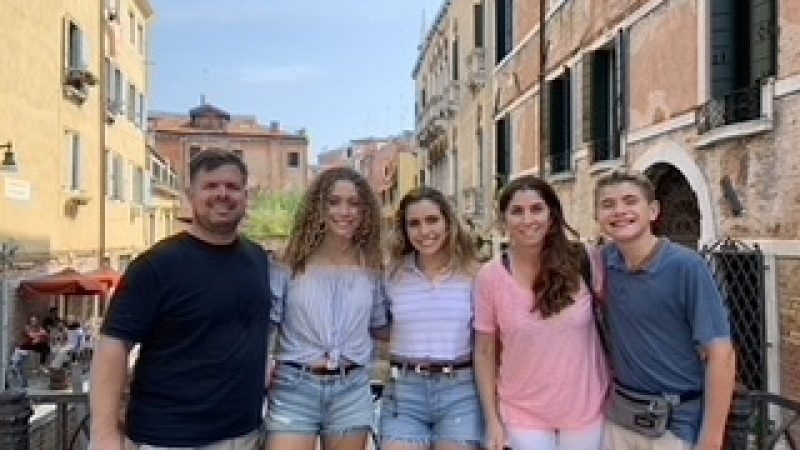 Upon the first announcement  in January 2012 from my husband of his work opportunity to leave our suburban Philadelphia home for a quick two year stint in Arizona I responded, “Ridiculous — I won’t even entertain the idea” and promptly burst into tears.  I could hardly embrace the notion of leaving everything we knew.  My husband had so far worked and traveled and was away most weeks for our entire marriage.  So naturally I wondered why his work situation at the time — in Arizona— would have to be any different?  We were firmly entrenched in our life in Philadelphia — our church, our lovely private Christian school that we were heavily involved with in the classroom, a Board position, and with development committee volunteer work.  We had family nearby and deep friendships built over 2 decades.  It wasn’t the winter of our discontent?  Or was it?  While we loved their school and its strong Christian guidance and foundation, it had its shortcomings.  We wanted more academic rigor.  And there wasn’t a whole lot more for those that needed more of a challenge.  We also were getting worn down from the East Coast rat race and sitting in the car moving from one activity to another in horrible traffic.

In the very back of my mind (without telling my husband) I started to wonder… could we dabble in a little Western adventure and return to all our good life in a few years?  My kids were burgeoning swimmers and we knew that swim training and opportunities were a little better in a place like Arizona.  Pools were newer, facilities were often nicer.   In addition to that, I had always been curious and intrigued with the idea of educating my children at home (whatever that meant), but mostly because I liked the idea of travel and knew that homeschooling allowed families to live life “out of the box.”  But I never considered myself one of those, you know…homeschooling people who were making it up (so I thought) as they went along.  Yet it was an idea I couldn’t completely put to rest.  This was a safe temporary “experience”— and we would soon be on our way.  Our excitement for the future soon became:

It was when the first signs of green began to sprout through the hard spring Pennsylvania ground that I began my homeschool curriculum investigation.  But I didn’t have to go far.  And that was a good thing.  I’m not one for the “boil the ocean” approach.  I perused only a few homeschool catalogs before talking with a friend who spent an hour showing me a catalog called Veritas.  She went into great detail about the books and the sequence of history and literature.  I needed homeschooling for dummies and it seemed as if I had found it.  I knew friends who wrote their own curriculum, cobbling together this and that — I didn’t need that and I didn’t want to spend my time doing that.  I realized that I had found excellence in education created by people who really knew education, and I was also introduced to an entirely new concept called “classical education.”  I could even purchase lesson plans that told me exactly what to do on a given day!  I signed up with a consultant who worked with me to figure out what our goals were, how the curriculum worked and what I should order.

In the fall of 2012 we launched what we thought would be a two year gig in Arizona.  The first year was smooth.  Lesson plans were easy enough to figure out.  I was uploading work and I loved the structure of having someone be “in charge” of their diploma, verifying that my kids were indeed where they needed to be.  My kids were loving the Arizona swim training opportunity as well and so one year turned into year two without us even noticing.   Year two brought our first live course for my oldest (of which I was highly skeptical as to how it would work).  How could an online format foster any sense of community?  Yet she made friends in that first class.  Things were going well, my kids were thriving in school and swim and we discovered  that we loved being together during the days for school.  We had quieted our East Coast busy lives in a sense and reconnected to get to know each other better.  I loved it, but deep down figured it could not last, that we would have to switch back to the way things were before — especially since our two year adventure was coming to an end.  And so the discussions about the future started back up again.

But we didn’t want to change what we were doing.  It was working.  School was rigorous, and we were closer to parts of our family in the West that we had not been close to before.  In addition to that, the necessary long hours at the pool meant that our swim world was becoming more extensive.  Having our kids learn from home allowed for flexibility with 5 am swim practices and travel swim meets, not to mention more sleep and healthier, less rushed lunches.  I scoured the Veritas website to see what I could find regarding what high school would look like for our kids.  We wanted our kids to have just as fair a shot at an elite school as kids who were attending fancy high profile private schools.  I took a deeper look at the colleges and universities that Veritas kids were going to — it all looked solid and like it would continue to “work” even for the more serious years of high school.    If we continued we would start this thing called “Omnibus” which was exactly what we were looking for and of course, having been a history major at an Ivy League I thought, “Piece of cake for me to teach this…let me look at the book list.”  And it was then that my over-confident self shrunk to it’s proper size and my decision — that this is where we wanted to be for the rest of the time — was made.  It was clear that through the series of Omnibus courses that my kids would be taught what I wished I could have experienced while a young student — the crossroads of history and literature and Christianity, an entire synthesis of all of it put together beautifully through the years.  To my delight I realized that through these Omnibus courses my kids would cover a bulk of content that rivaled what I did in college. The content and quality of the book list itself contained books that I had read while in 400 level courses at Penn.

Fast forward to the 2019 - 2020 school year and 18 live courses.  We have a 7th grader, a 9th grader, and a 12th grader.  All three of my kids have made deep lasting friendships.  They’ve all learned about school government and all have at one time been a class president.  They understand the responsibility of submitting assignments in on time.  We’ve been blessed with what seems like the relentless yet invigorating rigor of Highest Honor courses.  I say invigorating because that has produced those moments that we’ve all experienced where you really have to put your head down and feel your mind grow while you wrap your head around a new concept.  My oldest is writing her thesis in a manner exactly as I did while in college, in a small class and with an advisor taking her through the process.  How well she will be prepared for her number one college choice, the United States Military Academy at West Point, which she was appointed to the Class of 2024.  She will report at the end of June and will also be a member of the West Point Swim and Dive Team.

Our great experience has not only been about the rigor — there’s been lots of fun along the way, great memories made at End of Year Gatherings and Student Connection meetings.  I could write about the time I caught my youngest, 9 at the time, awake well after bedtime, flashlight shining from his bed, laptop open while he did Veritas Bible.  He loved working through the curriculum so much he couldn’t help himself.  All of these experiences are bundled up into one very grateful feeling that we as a family have that we have experienced the best of both worlds.  Veritas has given us the academic thoroughness that is surpassed by nothing else in the K-12 realm.  And we’ve been able to utilize that while enjoying the blessings brought about by having our kids at home for school.