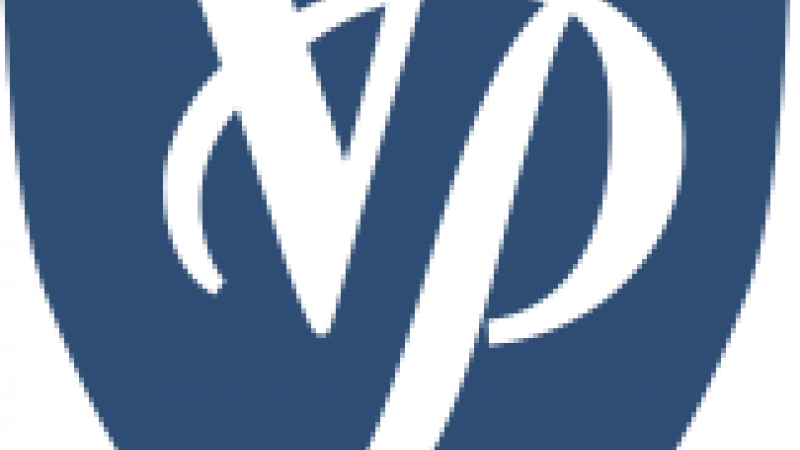 Do You Have a Distracted Child?

Jenny was sitting in church desperately trying to listen to the sermon, but her mind kept wandering, thinking about having to pick Dennis up from his Sunday school class. Every Sunday the knot in her stomach accompanied her as she traveled to church. She just knew people thought she was a terrible mother. They looked at her with that look that only a mother knows. Dennis was the most wonderful little boy. At age 8 he was inquisitive and into everything. If you turned your back for one moment, he had taken apart the toilet—trying to see how it worked—or had gone out the back door without telling anyone to dig a backyard hole, looking for worms. Dennis had only two speeds: ON and sleeping. He couldn’t seem to sit still, and he was constantly asking questions: Why this? or How can that be? To be honest, Jenny found him exhausting. Jenny’s other children had not been this way. They seemed compliant and understood boundaries. But not Dennis. His teacher said he was unmotivated. She even made Jenny think he was dumb—but Jenny knew better. She saw how he figured things out—mostly those things that interested him. One day she found him with his older sister’s book. It was a chemistry text. He was reading it to learn how combustion worked. He told Jenny all about it. This child was anything but dumb. No, he was just DISTRACTED. He seemed unable to sit still for much of anything unless, of course, he was extremely interested in it.

For many of us this story hits home, and we know just how Jenny felt as she sat in church.It frequently seems like our “Dennis” just can’t reach his full potential. He can’t pay attention long enough to learn. He just doesn’t seem motivated. We go from being angry with him, to being in a puddle of tears.

So, what is the solution?

Another myth we need to eliminate is that one day they are motivated and the next day they are not. Those who study behavior tell us that motivation is constant. The child who is motivated to learn math is motivated to learn it all the time. Look at it this way: You love your spouse. In all marriages there are ups and downs. You and your spouse may have a disagreement, but that doesn’t mean you quit loving them. The disagreement causes a temporary annoyance, an interference, but your love is permanent. We have to be very careful to distinguish distraction from motivation.

Yet another myth is that competition is a great motivator. For some children this is simply not true. Not all children respond well to competition. For some it is a motivator, but for others using competition can do more harm than good. Imagine that in your household you keep a chart (which I have done) for getting the children’s chores and schoolwork done. You have your four children’s names on the chart with bright shiny stars after three of your four children on a regular basis. Guess which child never gets stars? You got it, the distracted one. Do you think they will keep trying for the star? Of course, not. In fact they will usually quit and develop a bad attitude about themselves and their siblings because of “that stupid chart.”

By now you may be more discouraged than you were when you started reading. Please don’t be. There is not only hope but success waiting for you. What you have to realize is children in this mold are not going to be the “same” as you (unless you are distracted), but they are amazing, amazingly gifted, and they will surprise you in ways you may not now imagine. You need to work with your child to see what techniques and strategies work for them. Sit down with your child no matter how young they are—obviously, a three-year-old cannot understand a lot—and encourage them for who they are. Talk about how we are all gifted in different ways by our Creator, and they were made in the image of God. Then, talk about how they need to use what may be perceived by some as negative for their betterment. But also explain that because of the way they are wired they need to learn how to get things done, so they can use their other gifts.

You know, it’s funny that, when there is a child who sits complacently in Sunday school and answers questions right on but is not very creative or forward thinking, we as a society don’t think, “Hey, that child is going to lead a boring life, just plugging along. Too bad they aren’t more of a mover and a shaker.” You know why, don’t you? It’s because they are easy for us, they don’t disrupt our lives. But you know what else? They probably aren’t going to change the world.

Okay, so here are a few practical tips:

Set expectations realistically. Don’t feel like it has to be out of the box. Let me explain. One of our children fit the distracted child mold perfectly. He is brilliant. (Yes, I am his Mama, but it’s true.) During his senior year in high school, we knew we needed to do things differently. He was bored. He was doing calculus, but my husband decided to have some fun with him. This kid has always had a business mind, so Marlin taught him to use an HP12C. For those of you who don’t know what that is, it’s a financial calculator. He did his calc problems, but they also did this. And he loved it. What he did with that helped his mind to soar, and you wouldn’t believe how it has contributed to what he does today.

Because of his love of entrepreneurship we also decided we would study the industrialists. He never liked sitting and reading a book, but when we gave him books about, or by, Andrew Carnegie, Henry Ford, J.P. Morgan, and Rockefeller, he was hooked. He loved seeing how they changed society and the insights they had. Believe me, you can have an awesome worldview discussion about this.

I don’t want you to think that we didn’t get all the basics done. We did. He needed to graduate, but we also let him find out who he was. Looking back, we wish that we had done this earlier. Trying to fit him into a mold different than who he was did not work. As an aside, this is one reason we offer the associate diploma in our diploma track, so that children have the ability to have flexibility.

If you have a child who is easily distracted and they have a hard time getting all their math problems done, instead of doing 32 problems, consider doing 20. But you need to pay careful attention here; this is not because they are lazy. It’s because they are bored. One of my sons was told he could do 15 of the 32 problems as long as he was pulling a 96% on the test. Guess who regularly scored a 96%? If they are not capable of this, then they need to do all the problems. One of our sons did two Saxon math books in one year. He had an amazing teacher (who also happens to be the person who wrote our history songs). Because of the track she set him on, he finished Calculus 3 and Linear Algebra with Differential Equations before he finished high school.

Do you have a child who is really struggling to read? Find out what interests them. One of our boys loved bugs. The same child really hated to read. But it was amazing how he dove in when he had to read a book in order to figure out how to build a frog habitat. We did it all, from tadpoles to frogs, and he went from hardly reading to reading manuals for adults on frogs. I had to sit and patiently help him to decode words, but he wanted to try.

Experts differ about this next tip. Some people say that you should find one consistent spot for your child to do their work and make it as free from distractions as possible. I have found that changing the environment can actually help. The bigger issue was for me to be nearby—particularly in grammar school. I have also found that having classical music playing softly in the background can be helpful. We were partial to the Brandenburg Concertos.

Most of all, be encouraged! These children usually become the innovators in our society. You may be the parent of the next Thomas Edison, Robert Frost, Leonardo da Vinci, Andrew Carnegie, Albert Einstein, or Bill Gates. Remember that God made these children in His image. They are beautifully and wonderfully made. So often these children grow up thinking all they ever do is wrong. They hear “no” so often that they no longer hear the word when you say it. Imagine if all day long someone is telling you what you are doing is wrong. What would you begin to think about yourself? These are amazing kids. They just don’t fit into our box. I have often said about one of my own, he goes to the beat of a different drummer. And that’s okay. 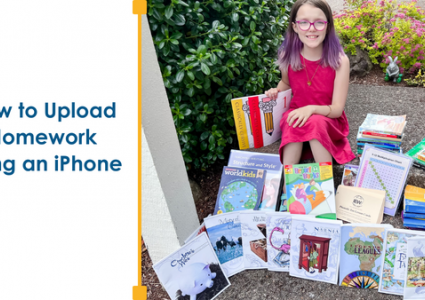 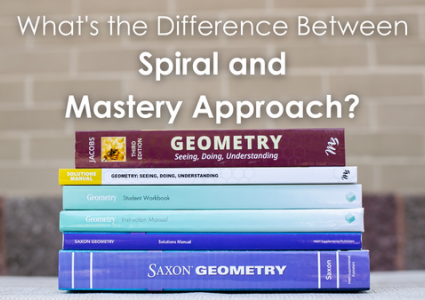