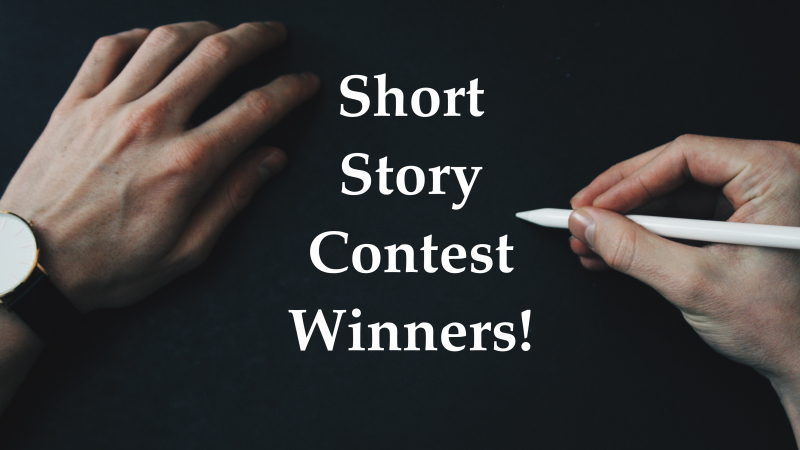 In January we announced our annual short story contest. Contestants were given a story starter (one for grammar students and one for secondary students) and asked to complete the story. Winners were chosen in four grade categories. Each winner receives a $50 Veritas Press gift certificate and their story will be published in the Student Piece section of Epistula this month and next.

It was the middle of the night when I suddenly woke up. I sat up in bed. What had awakened me? Then I heard it again. It sounded like dishes clanking together in the kitchen. I looked at the clock. It was the middle of the night; my mom wouldn’t be putting dishes away at 2 a.m. So I slid my feet into my slippers and went downstairs to investigate. When I pushed open the kitchen door, I couldn’t believe what I saw.

There were tiny fairies everywhere! I don’t believe it. They were from a kind of books that I had read called Rainbow Magic. Immediately I recognized the Petal Fairies. There were at least a thousand of them! Then I felt myself floating up, up, up…

“Yes,” she replied, “welcome to our feast. We’re celebrating the King’s and Queen’s Fifteenth Anniversary.” Then everybody heard a low rumbling sound.

“Oh, no,” said Ella, “Jack Frost is coming! Quick, call the King and Queen!” (Jack Frost was the Fairies enemy.)

Everywhere fairies panicked, getting out of my house. Jack Frost kept sending lightning bolts, but the fairies dodged them.

“Over here,” cried Ella. So I came over to her, and she waved her wand above my head and said some magic words. Immediately I began to shrink down to fairy size, and I grew wings!

I tried to fly, but it was not easy. I kept tumbling backwards, but I finally got my wings under control and followed the other fairies to Fairyland.

Fairyland seemed so peaceful and quiet in the middle of the night. Morgan, the Midnight Fairy, was flying around all of Fairyland, making sure that everyone was asleep except the other Night Fairies. When she saw me, she said,”Hi. Ella told me that your name is Orphelia. Is that right?”

“Yes,” I said. Then I yawned. “Are you sleepy?” asked Morgan, “you can have this empty house over here.”

“Thank you,” I replied. And so I drifted off to sleep. When I opened my eyes, it was morning, and I was in my bed. Oh, what a terrific dream!

Once seated, I unpacked my schoolbooks and set them on the table. As I reached down to get my laptop out of my bag, I saw a pair of black dress shoes scurry past me. A scrap of paper floated down and landed beside my bag.

“Excuse me!” I yelled, “You dropped something!” But my call was met by the jingling of the bell on the door. The person had vanished. Curiously, I looked down at the paper in my hand and unfolded it. I gasped. There in black and white, was my name. And below my name, the undeniable mark of the Future Protection Agency—the FPA.

I was filled with horror. How was this possible?

The contrast of the black letters on the white paper blurred as tears filled my eyes.

Wait! No, I wasn’t going to waste the last hours of my life crying! I understood the mission of the FPA, but that didn’t mean that I couldn’t challenge it!

The bell on the door was still jingling. They couldn’t have gotten far.

I leapt up and raced out the door after the the wearer of the black dress shoes.

Once outside, I looked up and down the street frantically. There! Disappearing around the corner. A man with shiny black—dress shoes!

I ran after him, turning the corner just seconds after he did.

I stopped. He was there, holding some sort of device in one hand. He pushed a button on that device.

Something odd was happening to him. His movements were off slightly, too quick. He was already becoming out of sync with my time!

I was too late. I wouldn’t even be able to ask him why I must be destroyed.

His movements continued to speed up, until it hurt my eyes to look at him. I blinked. He had vanished!

I dropped to the sidewalk, starting to cry again. Crying might not have been the most useful reaction, but I just felt so hopeless.

The Future Protection Agency. So I was a threat to the future of humanity. I, a nineteen year old girl, without any connections to speak of.

I wondered if this was how they all felt. After all, I wasn’t the first. The FPA had been around for years, protecting the citizens of my planet from future threats by removing the people who caused them before they became dangerous. My planet hadn’t had a war, shooting or rebellion for hundreds of years, thanks to the FPA.

It now occurred to me that the people they’d murdered were no different than I. They hadn’t, of yet, done anything wrong.

I had once hoped to be selected to work for the agency. Traveling into the future and back to protect my people sounded rather interesting, and was a great honor. The agents were the keepers of peace and stability for my whole race.

But was it right? Now that I was the threat, I questioned it. Was it right to dictate the future of humanity so that we never had to fear tyrants, or face trials? Sure, it had kept us safe for many years, but was it right?

They would remove me, this “threat to humanity,” tonight. They would kill me while I slept. They knew the future, so I couldn’t even hide. It was said they killed mercifully, but that was of little comfort.

I got up and walked slowly back to the coffee shop. My mind was blank as I packed my laptop and books back away and got ready to go to my apartment. I didn’t know why I bothered. I was going to die that night!

I threw my bag over one shoulder and trudged out the door.

As I walked, I wondered vaguely what horrible crime I would have committed in the future had not the FPA sent an agent to stop me. And seriously, why death? Wouldn’t a warning suffice?

The world around me was peaceful. The buildings lining the streets were well kept. The people I saw were smiling and happy. All of this because their futures were protected, at the expense of mine. And, wasn’t that as it should be? I was only one person! Certainly my happiness was not worth destroying theirs. Yet I still wished they would let me make that choice.

When I got to my apartment room, I dropped my bag to the floor and sat down on my bed. The minutes ticked by. Right then, the warning note seemed very cruel. I knew why they did it. It was so I could say goodbye to everyone before they killed me. It was supposed to be merciful. Instead it was torture.

Besides, I had no one to say goodbye to.

What could I do with those few remaining minutes that was worth doing?

I noticed my laptop poking out of my bag, and had an idea. I grabbed it, starting it up. Quickly, I wrote about the complaints I had with the FPA and began sending them to everyone I could think of.

And who knew? Even if it took hundreds of years, maybe after they’d killed me, they’d realize their mistake and try to fix it. They were time travelers after all. Maybe even if I was killed, it wouldn’t be permanent.

I looked at the piece of paper in my hand, with the mark of the FPA and my name in stark black and white. For the first time since I’d seen it, I began to feel hope.