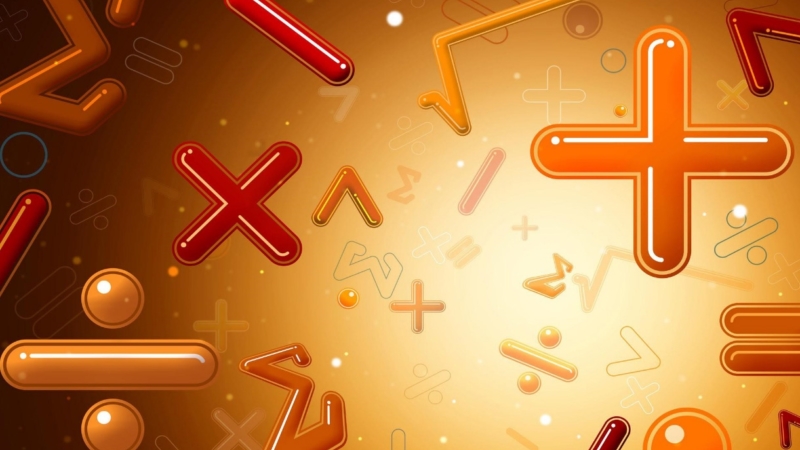 Math students who think about what they are learning, especially those who love to dig deeply in the mines of learning, invariably discover the power and beauty of mathematics. These two qualities have been recognized by thinking people for centuries. While most students realize early on the power of mathematics, at least to solve problems, many have trouble seeing the beauty of the subject. But mathematics is beautiful. Mathematician J. H. Poincare (1854-1912) wrote, “The mathematician does not study pure mathematics because it is useful; he studies it because he delights in it and he delights in it because it is beautiful.” Consider for a moment the power and beauty of applied and pure mathematics.

Applied mathematics is the language of the natural sciences, such as physics, chemistry, and astronomy. We call applied mathematics the “language” of those sciences because we use mathematical formulas to describe scientific theories. We do science this way primarily because it gives us power to predict. If I know the height of a rock above the ground, I can use mathematical formulas to predict the time it will take the rock to fall. In the early 1800s, astronomers were aware of aberrations in the orbit of the planet Uranus. Through a careful use of mathematics, these astronomers were able to predict the location of Neptune within degrees of its actual position. Clearly, applied mathematics, being so applicable to the physical world, is a powerful tool.

While few may explore math at very high levels, the power of pure mathematics is found in powerful mathematical theorems, theorems that have both generality and depth. A mathematical theorem is general if it is widely applicable, not necessarily applicable to the physical world like applied math, but applicable in the sense that it can be applied to other areas of math; it can be used in solving other theorems. If a particular theorem is needed to solve other theorems, then it is general, and in that sense powerful. A theorem is also considered to be general if it connects many mathematical ideas together.

The power of pure mathematics is also seen in its depth. Depth is hard to define. It is similar to difficulty—deeper ideas are harder to grasp. Deep theorems require a lot of study and creativity to develop, and often require powerful methods of proof. But once they are proven, especially if they can be used elsewhere in mathematics, they are considered to be powerful.

Mathematics is not only powerful, it is also beautiful.  The beauty of math is not often appreciated by non-mathematicians. In his book A Mathematician’s Apology, G. H. Hardy (1877-1947) wrote, “It may be very hard to define mathematical beauty, but that is just as true of beauty of any kind – we may not know what we mean by a beautiful poem, but that does not prevent us from recognizing one when we read it.” Let’s consider beauty first in applied math.

To be recognized as true, a scientific formula or theory must not only be applicable to the physical world (meaning that it works, it has the power to predict), it must also be beautiful, or elegant. In his book The Discarded Image, C. S. Lewis compares medieval and modern cosmology, and writes, "A scientific theory must ‘save’ or ‘preserve’ the appearances, the phenomena, it deals with, in the sense of getting them all in . . . But if we demanded no more than that from a theory, science would be impossible, for a lively inventive faculty could devise a good many different supposals which would equally save the phenomena. . . . we must accept (provisionally) not any theory which saves the phenomena but that theory which does so with the fewest possible assumptions."

So, for example, both Ptolemy’s geocentric theory, the idea that the earth is the center of the universe, and Copernicus’s heliocentric theory, the idea that the sun is the center of the solar system, “save the appearances” of the motions of the sun, moon, and planets in the sky. Ptolemy’s system used 77 circles and epicycles to describe the motion of the planets and the sun around the earth, and was accurate in describing the observed motions to several decimal places. Copernicus, however, was convinced that “nature is pleased with simplicity.” Contrary to all appearances and accepted dogma, he placed the sun at the center of the system of planets. This allowed him to significantly reduce the number of circles and epicycles. His system was more elegant, it made fewer assumptions, and thus Copernicus was convinced it was a superior system – that is, that it was true. Later, Kepler simplified the system even further using elliptical orbits around the sun.

My point here is that these men believed the heliocentric theory to be true for aesthetic reasons: it is a more elegant solution to the problem of describing and predicting planetary motion. Copernicus was convinced of his theory not primarily because it worked any better than Ptolemy’s, but because it was more beautiful. He wrote, “We find, therefore, under this orderly arrangement, a wonderful symmetry in the universe, and a definite relation of harmony in the motion and magnitude of the orbs, of a kind that is not possible to obtain in any other way.”

My examples have focused on theories from astronomy, but the point is equally true for other branches of science. The theoretical physicist Paul Dirac (1902-1984) admitted that it was primarily his sense of aesthetics which encouraged him to find a more elegant equation to describe the electron, which led to the successful prediction of antimatter. He went so far as to say that “it is more important to have beauty in one’s equations than to have them fit experiment.” And all scientists, when presented with two solutions which solve a problem equally well, will prefer the more elegant solution. Why? Because we are convinced that the universe must act in an elegant way.

Pure and applied math are closer in their view of beauty than in their view of power. The beauty of pure mathematics is seen in its elegance, truth, and order. A beautiful proof is an elegant proof: it does the most with the least. The truth of a theorem is another element of its beauty. When we recognize that a theorem is true, that the conclusion is inescapable, it strikes an aesthetic chord in us; it surprises us. Like a reaction to a beautiful poem or beautiful painting, we respond, “Wow, that is wonderful!”

A third element of mathematical beauty is order and symmetry. G. H. Hardy wrote, "The mathematician’s patterns, like the painter’s or the poet’s, must be beautiful; the ideas, like the colors or the words, must fit together in a harmonious way. Beauty is the first test: there is no permanent place in this world for ugly mathematics."

When we see patterns in mathematics, especially patterns which reveal solutions to problems, we are struck with a sense of delight.

Teachers of mathematics should bring to the attention of their students the power and beauty of mathematics. Let the students not only know what math can do, but let them admire it for its elegance and order, and give glory to God for what He has revealed to man through it.

Jim teaches math at Logos School, Moscow, Idaho, and has authored two logic textbooks. He is an elder at Christ Church and lives in Moscow with his wife Giselle and their four children.