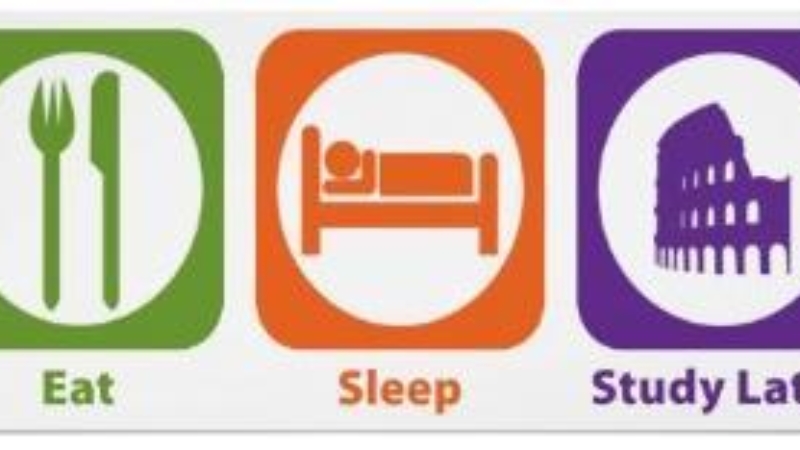 A Latin teacher, like me, asked to write an article on “Why Classical Languages Matter” is tempted to peddle her wares like a fair barker with a megaphone: “Step right up! Get five languages for the price of one! Feel smarter in just fifteen minutes a day! Absolutely guaranteed to raise your SAT!” While all these promises regarding the study of Latin may be true, and while these may be the very reasons some students study Latin in the first place, there is something far more valuable and far less self-serving in the importance of studying classical languages. Classical languages are necessary for understanding ideas, and to illustrate the point, I will put down my megaphone and tell you the story of St. Isidore of Seville.

Born to a Christian family in Spain in A.D. 560, Isidore was a student at the Cathedral School of Seville, the first school of its kind to be structured around the trivium and quadrivium. In other words, he was one of the first boys in medieval Spain to receive a classical Christian education, not unlike the one offered by Veritas Press Scholars Academy. While the Spanish culture around him was disintegrating with the spread of anti-intellectualism and illiteracy thanks to the barbarian Goths who had taken over the government, the young Isidore was studying Latin, Greek, Hebrew, and the liberal arts, holding on to classical influences which were all too quickly disappearing in Europe.

When Isidore grew up, he put his classical education to work in service to his culture. After his older brother Leander died, Isidore became an archbishop and boldly fought against Arianism, that heresy popular among the barbarian Goths which rejects the biblical understanding of the Trinity by saying that Jesus was just a man and not true God. It took courage to tell those powerful barbarians they were wrong. (Remember what had happened to poor Boethius? If you don’t, take Omnibus V.) Yet, Isidore stood fast to Scripture, and through him, God converted many.

As an archbishop, Isidore presided over several church councils, including the educationally significant Fourth National Council of Toledo in 633. At that council, Isidore encouraged everyone there to open classical schools like the one he had attended as a boy, based on the trivium and quadrivium, in all the Cathedral cities. Again, this was a bold move, quite counter-cultural. Through this spread of classical Christian education, Isidore stalled the influences of barbarism and ignited an educational renaissance throughout Spain.

Wondering what this has to do with classical languages? I’m getting to it.

In addition to fighting heresy and spreading education, Isidore wrote a gigantic encyclopedia—the first to be published during the Middle Ages—called the Origines (also known as the Etymologia and some of which students translate in my Latin II class). All 448 chapters of this 20-volume set were dedicated to understanding the origins of words. That Isidore could write such an encyclopedia is a tribute to his fine education. That he cared so much about etymologies illustrates his belief that knowledge comes to us through words, and the meanings of words come to us through study of classical languages. Isidore argued that the very existence of ideas depends upon understanding the origins of words, something you learn through the study of classical languages.

Why, then, do classical languages matter? Unless we know the origins of words, we cannot understand ideas. Since 90% of English words of two or more syllables come from Latin, English relies upon classical languages to express ideas. Take for example the phrase liberal arts. These are the arts which set a man free, not the arts which are particularly generous or best align with the Democrat Party. One understands the true meaning ofliberal arts when he recognizes that the word is derived from liber, the same Latin word which gives English liberty and deliverance. This is just one example of thousands, but it shows how right Isidore was to think that understanding word origins is necessary for understanding ideas. This is why the study of classical languages is so important in becoming a well-educated person.

It makes sense to reasonable folk that words are connected to ideas. We express our ideas through words, and we read words in order to understand other people’s ideas. And yet, today’s postmodernism is challenging this basic connection between words and ideas. Our culture, like Isidore’s, is becoming more and more barbaric. Our church, like Isidore’s, is battling against heresy. Our postmodern world, like Isidore’s, needs to be reminded that words have true, objective meanings. What Isidore did to revive medieval Spain—namely, the spread of classical Christian education, the defeat of heresy, and a renewed appreciation for words—can revive our culture as well.

When words hold no significance, ideas simply do not flourish. I daresay this is why postmodern America is having trouble keeping up with the Great Conversation of western civilization. Knowledge does not advance when people argue what the word is means. Ideas do not flourish when words have meaning only for the individual. Debates do not resolve when no one even cares to define terms, and education is pointless when universal truth is replaced by relativism.

Let us instead commit ourselves and future generations to appreciating words. Let us love words so much that we study them all the way back to antiquity. Let us know exactly what is is, to the point that we can rattle off that irregular verb chart in languages millennia old. When someone tells us, “Sure, that’s what it means for you,” let us know with confidence that words do have objective meaning, going back to the days of Cicero and before. Let us read Cicero, while we are at it, and let our goal for studying classical languages be to enjoy the great books written in their original great languages. That goal is not far off. My Latin Readings students are doing that even now.

With classical languages under their belts, our children and their children actually can keep up with—even lead—the Great Conversation of western civilization. Knowing words is knowing ideas, and we need good ideas these days. So study Latin to improve your SAT score, master romance languages, and feel like an all-around smart person, but do your culture a favor and be like Isidore. Use your understanding of the origins of words to battle heresy in the church, spread classical education, and transform the culture through a renewed appreciation for words, and in this way give all glory, laud, and honor to the Word Made Flesh.