Save $100 on Any Self-Paced Course & Get 20% Off select Curriculum Purchased in the Same Order. Use Code: BLACKFRIDAY at Checkout!
UNCATEGORIZED | 5 Minutes

My dear wife Denise and I were expecting our first blessing. Back then, time was like our children are now: we had been blessed with a lot. I worked long hours in an office while she harnessed her nesting instinct by remaking our first home. But we still had time to volunteer. I served on the board of directors for the local crisis pregnancy center. Denise served as a counselor there. We also did a little volunteer work for this fledgling classical school, The Geneva School in Orlando. Though Laurie may not remember it, I remember meeting her at the government school warehouse, and loading up their surplus desks. (And how delighted I was, not so much that we were getting the desks on the cheap , but that we needed them, and they didn’t.) I remember lugging those same desks from one room to another at the local church where T he Geneva S chool first met. Here I am again, ten years later, still doing donkey work for the Detweilers.

There is a story before the story as well. At my place of work there was a great flurry of study being done on the subject of education, background work for a mammoth project. Having learned much from Crossway’s Turning Point worldview books, (many of which are still in print, and are carried in this catalog ) I turned my attention to what they had to say about education. A relatively unknown pastor had written a book based on the school he had founded. That pastor was Douglas Wilson; the book, Recovering the Lost Tools of Learning. Somewhere along the line, my boss, who was, not coincidentally, my father, asked for a report. “This one book,” I suggested, “was really good. He had a great deal to say that had never even crossed my mind. You ought to give it a read.” My father read the book, and, like his son, profited from it. When in turn his friend, Marlin Detweiler, confessed his concern over the educational options available for his sons, my father suggested he read this new book.

Less than three months later, with just a touch of lifting and toting on my part, and a great deal of labor on the Detweiler’s part, the school opened. Both my parents served on that original board of governors. Which gets us closer to our point. One evening my parents called me, with great excitement. “We’ve just been to a board meeting of The Geneva School. It was agreed,” they went on breathlessly, “ to cover the tuition of the children and grandchildren of board members so they will be able to attend for free.” “That is exciting news,” I replied, “you need to let my sister know in a hurry. She ought to be really excited. Thanks all the same, but my children are going to attend the R.C. Sproul, Jr. School for Spiritual Warfare.”

Why would I be so excited about the founding of a classical school, and yet not avail myself of it, even without the burden of tuition? Because at their best, both classical Christian schools and homeschools, while they differ in sundry areas, are places where the Lordship of Christ over all things is modeled, affirmed and taught. At their best they seek to honor the King. In light of this common ground, shouldn’t we be able to work together?

There is, however, often an uneasy alliance between classical Christian schools and homeschools, and between their respective parents, and between their respective students. At worst, they war with each other. I know this because, too often, I have been recruited by homeschoolers for this war. With such different strategies, however, one can understand the tension. Homeschoolers often feel as if they can’t keep up with the classical school. Not many parents know Latin, logic or rhetoric. Classical schoolers sometimes look at homeschoolers as lost market share. If only those homeschoolers would enroll their children, the budget would balance. One side claims they’re smarter. The other claims they’re more pious. And both sides are stupid and sinful enough to believe it.

How the serpent delights. We are in the midst of an intense war over education. On one side of the battlefield are those who believe you can educate a child not only where the Lordship of Christ isn’t affirmed, but where His name is forbidden even to be mentioned —the government schools. On the other side are those who are serious about raising children in the nurture and admonition of the Lord. The strangest thing is that 80% of evangelical parents are in the first category. That’s the war we’re fighting, a war to rescue those children. When that number is down to 8%, then we can start bickering over whose practice is the most obedient, whose curriculum is more biblical. For now, we ought to delight in what we have in common. For now, we ought to aim our guns in another direction.

In a few months, within a few days of each other, I will be speaking at a classical school graduation, and then, at a homeschool graduation. I am delighted to be a part of both. I expect both sets of graduates to bring honor to their parents, and to their schools. I expect both sets to bring honor to the Lord of those parents and schools. May we in turn honor Him, as we honor our common commitments, as we honor His command that we love one another. 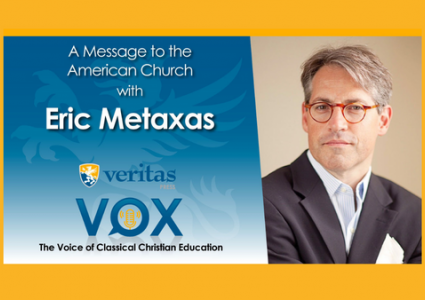 A Message to the American Church 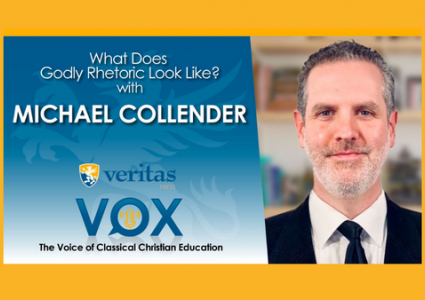 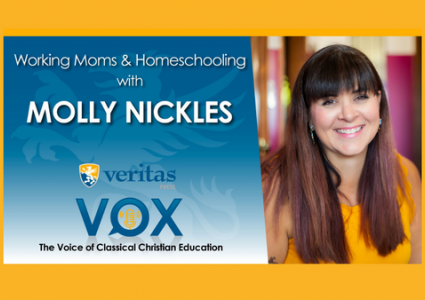