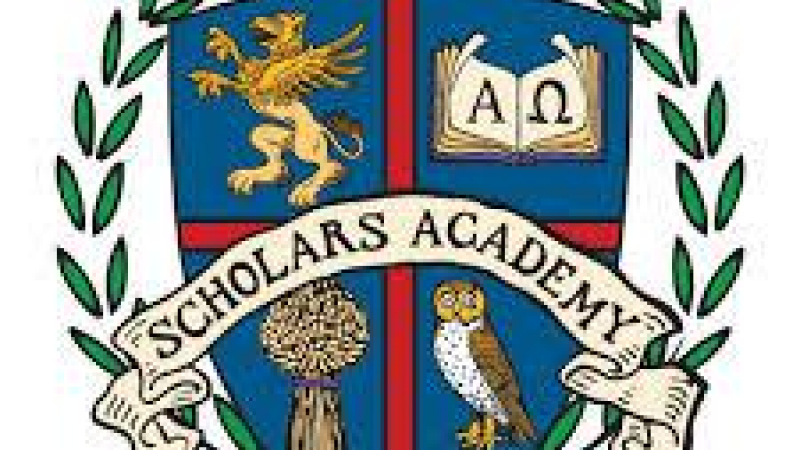 Our online school, Veritas Press Scholars Academy celebrates the end of the school year during the week of Memorial Day each year. This year over 650 students, parents and grandparents gathered in Lancaster, Pa for several days of fun and festivity. They came from 35 states and 6 countries. We wish all our students and families could come. It was an exhausting and exhilarating blast. Our Facebook pages, Veritas Press and Veritas Press Scholars Academy are filled with pictures and stories to record the memories.

Of course this is the time of year that students are graduating from schools and home schools all over. This message addresses you, the graduate (and your parents) who have been educated with a classical Christian education.

At this time you celebrate the completion of your K – 12 studies. Over the past years you studied Latin and maybe Greek. You learned logic and rhetoric. You are now on a first name basis with Aristotle, Homer, and Plato. You have developed firmly held positions on what Scripture teaches on the pre-destination / free will debate, whether global warming is a reality, what it means to take dominion of the world created by your Lord and Savior and what time of day the angels dance on pin heads.

The world now awaits your entrance. They call the final act of all this learning Commencement. And so it is—a new beginning. It is a start to career preparation, seeking a life-long mate and, of course, for many, college.

All this planning and preparation does beg a few questions. Some of them have been answered already. Where will I go to college? What will I study? Who will be there that I know already or who will become my new college friends? It is an exciting time. It’s a time that you will remember the rest of your life.

Summer may give you a break with a job or an internship. You may travel and see new sights and meet up with your friends frequently. But, come August, you will find yourself back in the classroom studying, learning, debating. Something is about to commence but it is not the real world…not yet.

The real world is filled with Monday morning meetings, mortgage payments, dirty diapers and cutting the grass. You can let that world wait for now.

Your world will remain an academic world. Yet, your new reality will be a different level of discussion. It will involve students who didn’t have the education you did. It may involve hostile professors cloaked in unstarched, slightly wrinkled, button-downs with friendly smiles who’s tenure gives them great job security that they are happy to exploit. Your gen-ed classes will have you reading Plato and Kant, Nietzsche and Freud. These professors may think you part of another crop of young minds to be messed with. They will take the writings of these men and present them as the gospel. The word of man will trump the Word of God—so they will say.

But you know better. You are prepared. Your education has put on you the whole armor of God. Not only do you know what the truth is, you know how to winsomely and articulately engage falsehood with it. Your rhetorical skills have been developed. They can serve you well and they will if you let them.

Today college is a Christian beliefs and practices melt down for many Christian students.

60% of twenty-somethings say that they were involved in church as a teenager but no longer are. (ministeryouth.com)

Data from the Southern Baptist Convention indicates that they are currently losing 70-88% of their youth after their freshman year in college. 70% of teenagers involved in church youth groups stop attending church within two years of their high school graduation. (coldcasechristianity.com)

It need not the outcome for your classmates and you can be key to a different outcome for many. The recent movie, God’s Not Dead portrays a young man determined to engage his liberal college professor with the Truth. His winsome attitude and dogged commitment to biblical thinking and logical argument give all the earmarks of a classically educated kid—one just like you.

These can be seen as dark days. And dark they are. Conservatives have been marginalized and Christianity has little room in the public square. The new breed of militant atheists have increased their influence. Why is that?

Maybe it’s because they have not yet encountered the likes of you.

This is the beginning of your time. Determine to use it wisely.

You don’t fight the way the enemy does. They seek to devour. Your fight is one that succeeds by making traitors out of the enemy. Your plan needs to be seeking to have them forsake their falsehood and embrace the Truth.

Of course all of this requires something else your classical Christian education taught you, the value of humility. You can do all this only through Christ who strengthens you. You can do nothing in your own strength.

You may be headed off to a Christian college and think all this stuff doesn’t apply. I hope you are right. Just keep in mind the statistics above include your college, too. It just might be that you will have the same battle. You can hope that you don’t without assuming you won’t. That way you, too, will be prepared.

Enjoy the summer. Take it all in and breathe the warm air of the break you’ve earned. But prepare yourself for the battle ahead. By the grace and power of God it is waiting to be won and win you will do.