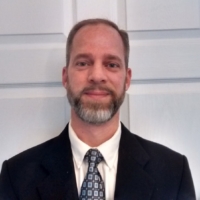 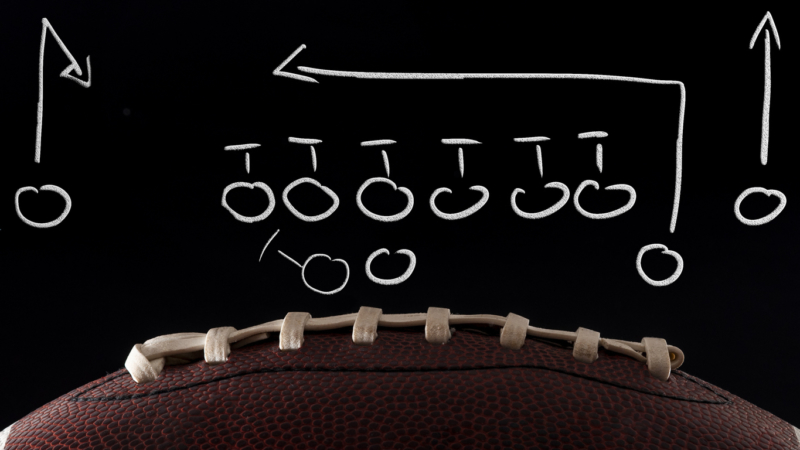 After reading Part I about the glory of God revealed in the subject of mathematics, most students would be willing to back down just a little and admit that there is definitely something deeper and more valuable in studying mathematics.  It glorifies God by testifying to His character, His truth and His providence in our daily lives; however, I know that there still remains an unsettled matter in their minds . . . and that is what Part 2 is all about.  “That is all fine and well, but when am I ever going to actually USE any of this stuff?!”

I sense the tension. I see the struggle. Students are desperately trying to make a connection to the real world. I am happy to oblige.  I will answer this question with a football analogy. But before I do, I think it is important to shed some light on why I think students have this type of question in the first place.

So, is that it? This thing we call “school” has been nothing more than an educational conveyor belt in a factory somewhere? A series of mechanical steps that we grin and bear just so that we can get a job one day?  Surely there must be more!

A study of the history of classical education reveals quite the opposite of this seemingly meaningless and monotonous journey to some unknown career out there in the future.  Today’s education is a sad departure from its original intent – that being the developing of a rational and thinking human being through the disciplined and rigorous study of languages, literature, logic etc.  Education was not just a means to an end. It was an end in and of itself – an exodus out of the bondage of darkness and ignorance and a journey toward the fashioning of rational and civilized human beings in tune with the times and the culture.

It was the cultivation of people who were able to make valuable insights and contributions to our world through intelligent and enlightened observation and conversation. This certainly had an impact on what career someone was going to pursue, but that was not its primary intent.  Students today are swimming in a cultural stream where the philosophy of education is purely vocational – that its sole purpose is to prepare them for a job. That's why they want to know how they are going to use all this “stuff.” So, it’s time for another reformation, an academic one this time, - one that proposes that education is not just a means to an end, but an end in and of itself - that education is intrinsically valuable, entirely necessary, and dare-we-say even “enjoyable” all by itself!

That brings us to the football analogy I mentioned earlier.  Football players train for the game of football in a gym. They do things like bench pressing, squats, tricep extensions, bicep curls, and the like.  Do you realize that during an actual football game, they do none of these exercises on the field - not a single one? Well, I suppose you could argue that bench pressing might help get you out from under a bunch of smelly and heavy guys all piled up on top of you, but that’s beside the point.  When these football players are in the gym, they never wonder whether these exercises are relevant to the game. No football player does a bicep curl and asks, “Why do I need to know this?” or “When am I ever going to use this?” Diligently executing every move, they just know that this overall body conditioning taking place through seemingly irrelevant exercises makes them better and stronger players out there on the football field.

Have you connected the dots yet?  In the same way that working out in the weight room makes for stronger football players, mathematics is the gym for the mind.  It is a place where a variety of rigorous exercises are performed and repeated that train you to process information systematically, to think critically, and to reason logically.  They may seem like irrelevant exercises, but they are training you for real life skills. Students become so focused on the physical processes of factoring, squaring, and dividing that they wonder if they will ever need to do this again.

They forget, however, about the mental processes that are taking place behind the scenes. Sorting through rules and principles, trying to remember whether they apply to this situation or that, thinking through and organizing steps in their mind, wrestling with abstract concepts and using logic to determine outcomes are all crucial exercises that are causing them to grow and mature intellectually as rational and thinking human beings.  Yes, people out there in the “real” world are actually using this stuff everyday in practical ways. And yes, I know you have no intentions of going into any type of mathematical career, but hopefully you can see why that doesn’t really matter anymore. Try to think more of how the study of mathematics contributes to your growth and development as a well-rounded, rational, thinking, and problem-solving human being.

This would almost be a great place to end but alas, in part 3, we encounter an enemy that lurks in the shadows, an enemy that must be conquered!

An Inquiry into Wonder: How Veritas Prepared me for College, by Eli Driskill