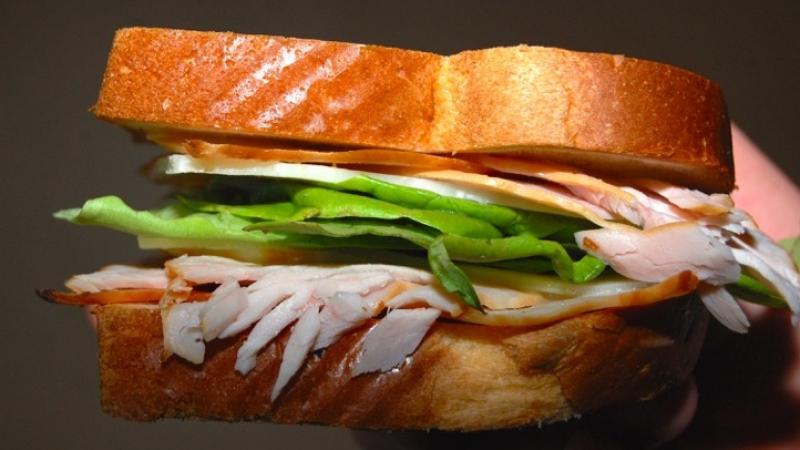 This month we’re featuring two of the winners of the Epistula Short Story Contest. In our January issue of Epistula, students were challenged to write their own story from two of our story prompts. Below are the winning stories in the 1st - 3rd grade category, and the 7th - 9th grade category.  Congratulations John and Charis!

John was so busy playing his favorite game on the computer that he didn’t hear his mom calling him for dinner. He was on the last level and all he had to do was defeat the evil witch and destroy her hidden potions.

All of a sudden, the screen flickered. It flickered again, and it started flashing strange colors. John was sucked into his computer screen.

When he came to, he found himself in the witch’s chambers. He was inside the game!

The witch wasn’t in sight. Then one of the witch’s rock monsters was in front of him. One was behind him. He was surrounded. He saw a “Power up fire gun.” He got it and killed them and earned $800.

Then he found the fire potion. He destroyed it. Ten more rock monsters surrounded him. He still had the fire gun but it wasn’t as powerful as before but it was good enough so he killed them and got $1000. Then he saw the witch.

Meanwhile, his mom came. She saw he was in the computer. His mom wasn’t surprised. She sat down and played the game.

John did not have control of himself but he was still surprised to see that the witch was a sand witch. Then he saw the last potions on the black balcony.

John was running but he wasn’t running in the direction he wanted to go. He used his power up fire gun but the sand witch went through the wind, earth, and water potions. John destroyed them. He realized the only way to destroy the witch. So he shot fire balls from the fire gun and ran, and while the witch was busy destroying the rocks John ate the sand witch.

The screen flickered. It flickered again. It started to flash strange colors. John was sucked out of the computer. His mom was looking down at him. She said, “Next time you play that game, do not go to the boss level. Come and have dinner.”

John said, “No thank you I already had dinner.”

It Started with a Note

I received a cryptic message in the mailbox, and walked back up the trail reading it over. I entered the small cabin my orphaned brothers and I could afford. We survived off small jobs throughout the neighborhood together. I bumped into Jonathan, my 12-year-old brother.

He had been making something; I could tell by the sawdust. I glared at him, walked into my room, and crashed into Kevin, my 17-year-old brother. Less polite than Jonathan, Kevin just snatched the note out of my hand and read it aloud.

“Secret mission required. Meet at Olive Grove 11 p.m. Instructions and information given there. Payment of $5000.” He raised an eyebrow.

“It’s probably a trick if they won’t give more information now.”

My head throbbed. I couldn’t move my hands. All I remembered was walking into Olive Grove, then seeing stars. It was completely black. I jumped as a door banged open and light flooded in. Two figures filled the doorway.

“We’ve tried everyone by the name.”

“You have to keep looking.”

The door slammed shut. I blinked. Everything was silent, I couldn’t even hear retreating footsteps. I tried to move my hands but they were tied. What had the men meant by that? I froze as the door opened once again, but this time more smoothly.

“Shhh, I’m getting you out of here!” I gaped as a girl crept into the room, closing the door behind her. She moved towards me and unbound my hands. “Let’s go!”

Kevin woke up to abnormal silence. He opened the door and looked out. No one was there. A bang caused him to jump and Jonathan tumbled out of the next room.

“Where’s Mahala?” Kevin asked. “She’s always up by now.” The two looked at each other and knocked on her bedroom door.

“Mahala?” Kevin opened the door then groaned at the empty room.

“She went when I told her not to!”

Mr. Peterson prowled the empty room like a tiger. He whirled around at his men.

We ran for our lives then ducked behind a pillar. I guessed we were in some underground building. I held my breath as a guard passed by, then I glanced at my companion. She was already spying out our next route.

Although I had never seen her in my life before, there was an instinctive feeling of trust as we slipped through shadows towards the next hiding spot. Everything appeared to be a maze of corridors with occasional doors leading off. She finally led me into a dusty stairway that looked like it hadn’t been used in a while. In the relative safety, she finally spoke.

“Let me explain. I recently infiltrated these headquarters of Justin Peterson, a notorious illegal drug dealer. I gained precious information but couldn’t get away with it, and I’ve been hiding in these headquarters for a week, barely eluding capture at times. The only thing the gangsters really know is my name, Mahala, and they captured several girls with the same name. You’re the only one I’ve been able to rescue from . . .”

“You’re kind of young to be, you know . . . infiltrating,” I muttered.   “And it’s weird with another person with my name.” Mahala laughed quietly.

I ducked behind a tree as flashlights approached. We had slipped out of the underground maze by hiding in shadows, following an exiting car. But Peterson’s men were already on us.

“We just need to get past that fence, and reach the first police station!” I heard Mahala whisper. I swallowed.

“Now!” We broke cover, running toward the fence. Mahala vaulted it and helped me over.

“Five blocks down!” she shouted. My heart pounded as I took off.   Glancing over my shoulder, I saw three men following me. Suddenly, I tripped on the pavement. There were shouts and gunshots behind me. I struggled to get up. Then I heard a familiar voice . . .

“Take this.” He pressed a slingshot into my hand. I looked up, but Jonathan had already disappeared. The three men were shooting at someone else. Who? I scrambled for a rock. Suddenly, a hand descended on my shoulder. I shrieked.

“Just get behind me, young lady!” A policeman pushed me behind him, as more police began pouring out of buildings. Peterson’s men were surrounded.

I began to say something but the policeman stopped me.

“We know everything, thanks to your friends.” Kevin ran forward, holding a phone. I hugged him tightly.

“You have revealed Peterson’s illegal drug imports. There was a huge price on his head,” grinned the policeman, leading us to a van.

“What about, um, the other Mahala?” I asked.

“Her? She’s already on another job. She won’t be mentioned.” He gave me a mysterious wink.

Cameras. Spotlights. I wanted to disappear. Famous and rich. Just for being captured by a drug dealer. I stepped forward to the mic, trying to ignore the TV cameras. Why were there so many people? I’d been told it was the police department, but it looked like the whole town . . . Well, here goes!