The robot apocalypse is coming? Will your child survive? 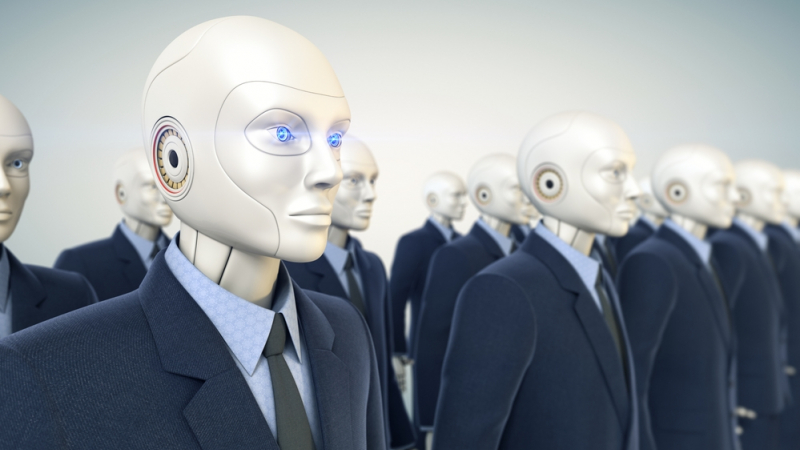 Could you replace your son or daughter with a robot?

But several companies are already planning to do just that.

Right now corporations all over the world are scheming to replace your child with Artificial Intelligence (AI). Three weeks ago, a former student of mine, who just sold his first tech startup to a big robotics firm in San Jose, confirmed that the major tech companies are all racing to be the first to create AI. It’s today’s Manhattan Project.

Google “walking robot 2016” and you’ll see just how far we’ve come. There’s little future for anyone in manufacturing or the service industries, unless he or she plans to work on or with robots. Medical firms are even developing robots that can do surgery, challenging the traditional stability of medical jobs. On YouTube you can watch a robot delicately suture a grape skin back on to a grape.

We feel that our children are irreplaceable, but it’s not enough for us to believe they are. We need to prepare them to be irreplaceable.

This fact was driven home to me in Summer 2008, when I was invited to research and lecture at the Joint Forces Staff College in Norfolk, Virginia, a war college that prepares officers for major commands: squadrons, battalions, ships, and submarines.

One day when I was scheduled to lecture, it just so happened that the man who spoke before me was the head of the Department of Defense’s Future Research Division. He gave us a secret briefing on the future. Much of what he talked about I can’t share in this article, but some of what he said has now been declassified.

He showed how technological changes will eradicate certain jobs, and that the global culture this will create is different from what we now experience. Since one of my callings is to prepare the next generation to succeed, it concerned me that at the university where I taught, many students were being prepared for jobs that soon would not exist. Or not exist in a way that would support a family. In fact, his presentation challenged me to think carefully about the long-term viability of brick-and-mortar education in general, and it eventually led me to teach at Veritas.

Why would you want your student to have a robot-proof future?

A few years ago, Thomas Freidman, New York Times columnist and author of The World is Flat, spoke to a packed stadium at a university where I was teaching. He shared a message much like the one I heard from the head of the DoD’s Future Research Division. After his talk, students came to microphones to ask questions. One insightful student asked him, “So Mr. Freidman, are you basically saying we have to create our own jobs?” The audience laughed. But Friedman agreed, “Yes. That’s what I’m saying.”

Will the robot apocalypse happen? The major tech firms say, “Yes.” The head of the DoD’s Future Research Division says, “Yes.” And Thomas Freidman says “Yes, if we let them.” If we let them….

The only way we can protect our kids from the robot apocalypse is to raise them to be irreplaceably creative.

How do we get young minds to be irreplaceably creative?

I teach philosophy because it makes young minds irreplaceably creative.

Philosophy, according to Christian theologian John Frame, is “the disciplined attempt to articulate and defend a worldview.” In order to articulate and defend a worldview, one must develop the creativity to see the world from many different perspectives, while also taking responsibility to say what the world really is. Philosophy finds answers to questions about the nature and interconnectedness of reality, knowledge, and good, and it stretches the mind in a unique, visionary way.

Philosophy’s ability to stretch the mind toward greater creativity finds a recent poster child in Steve Jobs, who audited classes at Reed College, among them philosophy. You can hear the impact of Job’s study of philosophy in comments like these from a 1990 interview:

I think the Macintosh was created by a group of people who felt that there wasn't a strict division between science and art. Or in other words, that mathematics is really a liberal art if you look at it from a slightly different point of view. And why can't we interject typography into computers? Why can't we have computers talking to us in English language? And looking back, five years later, this seems like a trivial observation. But at the time it was cataclysmic in its consequences. And the battles that were fought to push this point of view out the door were very large.

So what is distinct about Philosophy at Veritas?

Today philosophy at universities tends to fall into two ditches, atheistic propaganda (like what we see in God’s Not Dead) or dry academic philosophy which makes philosophy seem like a branch of mathematics. And these ways of approaching philosophy just kill it.

At Veritas, though, philosophy is taught from a different perspective. Solomon writes, “Happy is the man who finds wisdom, / And that man will produce competence” (Prov. 3:13). Philosophy originally meant pursuing a love of wisdom (in Greek philos and sophia). At Veritas we study philosophy as a way of helping students consolidate and strengthen their abilities to creatively discover, articulate, interconnect their understanding of God and his universe. It’s as though up until now, they have only seen the backs of things in the world. But great competence and insight come when one can see the world from a totally new perspective, when we finally see it’s face.

People who can see that are irreplaceable.

Dr. Michael Collender did his doctoral work in the problem of modeling complex systems in neuroscience and economics. He will teach Philosophy this year at Veritas.