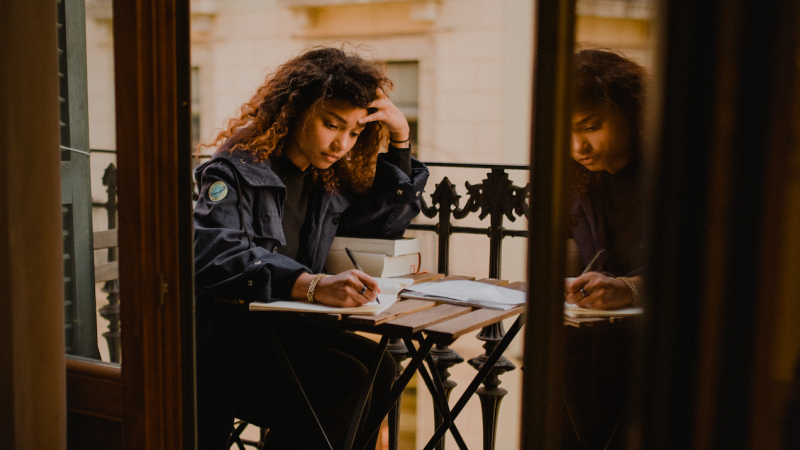 Congratulations to our Short Story Contest Winners! Here are the winners of 1-3rd grade, and 7-9th grade categories:

Grades 4-6 Winner: Stuck in Another Image, by Gabriella Thomas

"Don't forget your lunch, honey!" her mom yelled, as Ava ran out the front door without it.

"Whoops," she said. "Guess I was so excited I forgot."

"I figured," her mom said with a smile. She kissed her on the head, and Ava sprinted out the door. This was going to be the best day ever; she was going on a field trip to the coolest place in the world: the Carnival.

Ava got in the car and drove to school. When she got to school she was met by her group of friends: Bailey, Oceania, and Crystal.  They all ended up talking for thirty minutes.  Their teacher, Mr. Miller, came inside the classroom.  He announced that they were going to be traveling in groups of four.

Ava and her friends were very excited because they all knew that Ava drove her car to school every day.  "Umm, Mr. Miller where are we going to meet up at the Carnival?" Bailey asked.

"We are going to meet up at the food section.  Thank you for asking, Bailey," Mr. Miller said.

As Ava got in the car and started driving, Crystal said, "What's the first ride you guys want to go on at the carnival?"

Oceania replied, "I don't know; but can we listen to some music while we are in the car?"

Bailey said, "No, why would we turn on the radio when we are already here at the carnival?"

They hadn’t realized that they had spent the whole car ride talking.  As they parked the car and got out, they saw a tent.  Ava said, "I wonder what's in there."  They all went into the tent and saw a whole room filled with mirrors.  Everyone thought it was cool, until something strange happened.  While they were all standing still, one of the reflections moved!

Bailey was the only one who noticed at first. When she pointed it out, they all thought that she was making it up.  Crystal told them all to go to a mirror and touch it, to show Bailey that nothing had happened. That's when they all got sucked into the mirror.

While stuck in the mirrors, they saw many different clones of themselves.  The clones looked like the girls, but they all acted different; none of the clones behaved the way the real girl would.

As Ava was walking around inside her mirror, one of her clones tried to escape; but the rest of the clones got in her way, because they all started fighting to get out.  Ava was very scared and confused.  "What is going on??" Ava cried.  Suddenly, all of the clones stopped fighting and looked at her.  One of them said, “We’re fighting to replace you in the real world!”

As the clones continued to fight, Ava took a couple of steps back.  By now, all of the clones except one lay on the floor unconscious.  Ava and the remaining clone started to fight, but Ava ended up winning. She knew she had to escape quickly, because she might not have much time left.

Thankfully, Ava was able to get back through on her first try.  Once outside the mirror, she saw her friends around her, and all of them looked scared.  In that moment she realized that they had all gone through the same thing.  She thought to herself, “This must be a lesson:  don't let yourself get stuck in another image of you!”

Grades 10-12 Winner: The Creature of the Lake, by Elysia Lopez

My mother always told me to stay away from the lake. When I was young, I assumed it was because she was afraid I would drown. Or perhaps there were snapping turtles lurking in the muddy water. But her fear persisted even as I grew older and learned to swim, so I complied with her demands to stay away. It didn’t bother me at all--not until today, when my curiosity got the best of me.

I was biking home, passing the lake when I glanced over and saw that it seemed especially beautiful today; the setting sun fragmented the lake into a million tiny stars that winked at me, beckoning. How could something so pretty be bad?

I steered off the path toward the lake and dismounted when I reached the edge of the water. My mother’s warnings pervaded my mind. This lake had been taboo, a forbidden paradise, for my entire life, but right now it just looked like a normal lake.

I squatted down and let my fingers swirl the shallow water that pushed up to the pebbled shore. I stood up again, skin-crawling in anticipation, as if my mere touch had conjured some beast deep within, or as if the waters were poisoned. Nothing happened.

I let out a breath and headed back to my bike, glancing back at the lake. It didn’t seem so beautiful anymore. It was just green and dirty. Shaking my head in confusion, I mounted my bike again and continued on my way home.

Perhaps if I’d stayed only a few seconds more, I would’ve understood why my mother forbade me to come here. But I didn’t, so I never noticed the creature with moss-cloaked skin that climbed out of the lake, trailing close behind me.

I rode my bike down the dirt path that wove through the towering trees. Some time ago, I used to find these woods haunting, but I had eventually grown to seek comfort in the calm. The grayness unraveling across the sky and the silence drifting through the woods created the atmosphere of being in my own world.

I basked in this quiet for a few minutes until I saw a turn in the path approaching, indicating I was near home. I pumped my pedals a little faster in anticipation of a warm bed. As I came to the turn, I veered my bike.

And nearly ran into a towering shadow that blocked my path, dripping and still.

Yelping, I yanked my bike handle to the side to avoid crashing into it. I swerved into the underbrush, tumbling off my seat and onto the vegetation. My bike landed next to me.

I groaned and looked up at the person who had blocked my path. They’d moved closer to me, watching. My heart climbed up to my throat, but I took a deep breath and rose shakily to my feet.

They took a step closer, and it struck me that they moved awkwardly, their knees turning in with every step like they’d never used legs before. I froze. I didn’t think this person was human. I wanted to run, but fear paralyzed me as this creature slowly approached.

Then the creature fell to its knees in front of me. In a whistling, girlish voice, it spoke, “Help me.”

I couldn’t find words to speak. Every muscle in my body ached to flee, but the creature’s sad eyes tugged at my heartstrings. How could I feel sorry for her when I could also imagine how easily she could lunge for me and grab my throat?

“My lake thrives from the touch of someone young and spirited,” the creature said. “I am an old creature--I have no youth to lend it. But those few moments you touched the water, I felt it coming alive.  I want you to stand in it, just for a little bit, until it returns to its glorious nature.”

I looked up at the sky. It was dark now, although not late enough for the stars to come out. My mom would be worried that I wasn’t home yet.

“Well,” I said, trying to keep my composure. “We should go back to the lake then.” I wondered if I was becoming insane.

I mounted my bike, took a deep breath, and started heading back toward the lake. The creature disappeared into the trees. For a moment, I considered turning around and speeding home. No. I couldn’t. The thought of betraying this creature both guilted and terrified me. I cursed myself for ever going near the lake in the first place.

I arrived within minutes. I let the bike fall onto the shore and took tentative steps toward the water. A moment later, the creature appeared at my side.

“Your shoes,” she said softly.

I nodded, taking off my shoes and socks, and then stared back at the water. The lake looked ominous in the darkness. I took a few steps forward until the water lapped at my ankles, my skin crawling at its iciness.

Oddly, I did feel something change as I stood in the lake. It hummed with an energy that wasn’t there before. “How long do I stand here?” I asked.

I didn’t see the creature anywhere, but her voice came out of the darkness in a rasping snarl: “Forever.”

And then a hand shot out of the water, wrapping around my ankle.

I gasped, turning around and running for my life. But the creature pulled my ankle back and I slammed forward onto the shore. I scrambled for a handhold, but I grasped only pebbles as she dragged me backward into the cold water.

I screamed into the night, voice reverberating throughout the trees. And then my head submerged in the water and everything became black. 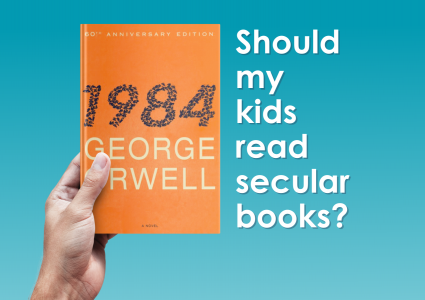