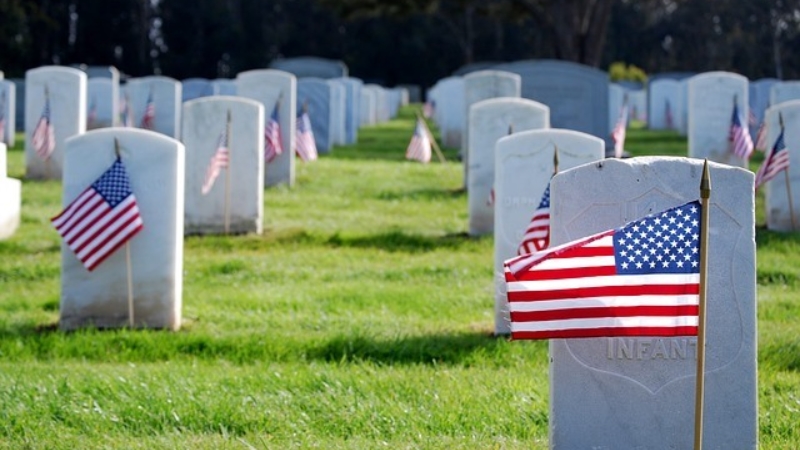 We asked Major Adam Johns (USMC) “How should a Christian view Memorial Day?” What follows is his thoughtful and honest response.

With a mixture of sadness and joy. In Afghanistan three years ago, I was blessed to have consistent fellowship with a chaplain who said Christians should be the happiest and yet at the same time the saddest people on earth. Happy because we know the One who gives salvation by His grace, but sad because of the ones we know who reject this salvation which is offered.

Chaplain Mike Foskett and I recently met as I was on a trip to the states for training. I visited him on the ship he was preparing to deploy on just after pulling into port. While we were in Afghanistan three years ago, we knew of servicemen and women who had died there. We both had also deployed many times and lost marines and sailors we knew more personally. On Memorial Day, we both have a mixture of sadness and joy when we think back on those who are no longer with us. Although we can have joy because those we know accepted Christ’s sacrifice will be reunited with us again in the Kingdom, we also have sadness because we know others who rejected Him and we will never see them again.

Chaplain Foskett and I are not alone in this experience of loss and the joy and sorrow that accompanies it.  Many who have served in the military as well as any family members or friends who are close to the military know that with this kind of service comes great sacrifice. The weight of which is seldom fully grasped. I can't make you grasp it by answering the question of how you should view the day we celebrate the lives of those who have given the last full measure of devotion, but I do hope to shed perhaps new light on what we can do to honor them and those they've left behind. I'm reminded of the Proverb "the heart knows its own bitterness and a stranger does not share in its joy" (Proverbs 14:10).

Sometimes the greatest thing we can understand is that there's some things we'll never understand. Experience is required to gain this kind of understanding and fortunately most won't experience the loss of a friend in training, combat, or after the return from a deployment when some become casualties of suicide. Depending on how someone dies, the memories of that person during Memorial Day can vary in degrees of painfulness, but it's all painful. I've learned that by elevating one thing we can unintentionally diminish other things so I'll attempt to avoid doing so here. It can be very difficult to find any aspect of joy based on the circumstances surrounding the death of someone in the military. What can provide some comfort however is that “in God's sight, the death of His faithful servants is very precious” (Psalm 116:15).

As I write this on Silent Saturday between Good Friday and Resurrection Sunday this Easter season, I can't help but think the example Jesus gave should motivate us to be willing to follow His footsteps and honor those who have.

Celebration. Remembrance.  Opportunity to be intentional with how we initiate conversations with those who have lost someone.

How do you communicate this concept to those who have no frame of reference or even a desire to understand it? Well, you don't. That's not your job. Instead pray God will open their eyes and they might be able to see the truth.

Remembering is a big deal to God. The number of times He told the Israelites to remember should have been more than sufficient to keep them from falling into sin and worshiping other gods. When Jesus instituted the Lord’s Supper, He said to "Do this in remembrance of Me."  We are forgetful people for sure. Without reminders, we simply drift and repeat the mistakes of others or even ones we've made ourselves.

War is an ugly thing. We might not want to be judgmental of those who are ignorant of the cost of war. Those who have isolated themselves from the reality of sacrifice for this nation may be doing this on purpose!

Some service members are offended if they are thanked on Memorial Day; be patient with those who don't understand and kindly and tactfully educate them. Forward them this article or some of the verses mentioned.

As Jesus, Who laid down His life declared no greater love exists than what is on display when someone selflessly sacrifices their life for another. But it should be noted however that as Christians we should not need the horrors of war to provide the opportunity to lay our lives down. We should be ready, willing and able to lay our life down 10 minutes at a time - putting the needs of others before our own.

So in summary, Christians ought to have a unique view not just of Memorial Day but of all life in general. In fact we are admonished to set our eyes not in what is seen but what is unseen. The physical is temporal but the spiritual is eternal, and so one day we will no longer celebrate Memorial Day because we will be ever with the Lord in Glory, worshiping and praising Him alone. We therefore can use Memorial Day as an awesome opportunity to do what God reminded us to do over and over again: Remember! So much honor is due to those who have laid down their lives and I believe it honors God to honor each other. My challenge to you this Memorial Day is to live it with honor.

Adam Johns (Major USMC)  is currently serving his Nation in the US Marine Corps stationed overseas in Okinawa Japan.