Buy a Self Paced Course, Get One Free! Heck, Buy 2 Courses and get 2 Free (there's no limit)! Add your Self Paced Courses to your cart, then use code BOGO21 at checkout! Sale ends Dec. 6th. Courses can be deferred until Sept. 2022.
Uncategorized | 4 Minutes 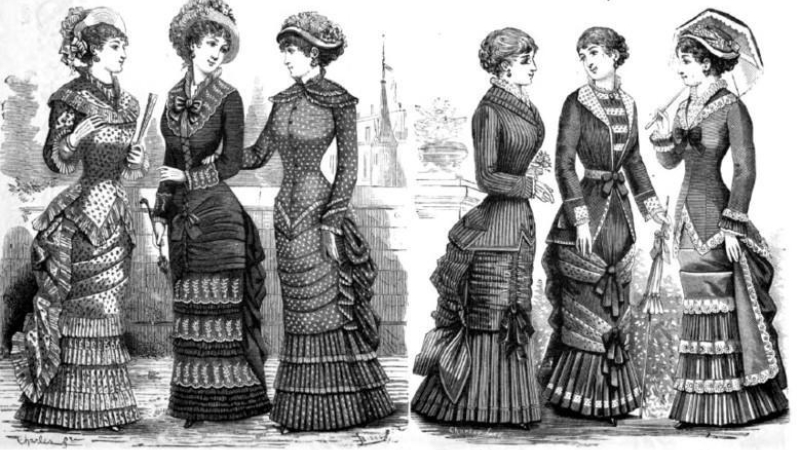 One of the lies of our culture is the idea that you cannot have love and responsibility at the same time. You have to pick one or the other, but not both. We are told that it is better to focus our energy on love and let responsibilities worry about themselves. The heart is the king of the mind.

Jane Austen, however, does not believe this in the slightest.

In Omnibus 6 Primary, when I teach through Emma, I find it refreshing because Austen doesn’t fall into this either/or trap. While her own time period might have leaned the other way—social responsibility trumps all—she does not encourage us to run headlong into irresponsible love. Rather she proposes to her readers that responsibility and love can be held in harmony together. Emma drives to this point in a particularly insightful way.

The climax of the story is the scene at Box Hill in which Emma turns her wit upon poor Miss Bates and in front of everyone insults this old friend. Mr. Knightley later speaks with Emma about her harsh words and he admonishes her on this theme of love and responsibility. He tells Emma:

Were [Miss Bates] a woman of fortune, I would leave every harmless absurdity to take its chance, I would not quarrel with you for any liberties of manner. Were she your equal in situation—but, Emma, consider how far this is from being the case. She is poor; she has sunk from the comforts she was born to; and, if she live to old age, must probably sink more. Her situation should secure your compassion.

This remark is the moral of the story: those who are well off should show true compassion to those who are not so well off. This is the equivalent of the second great commandment: love your neighbor as yourself. This is what responsibility looks like.

To understand the full force of what Emma has done in her insult to Miss Bates it is important to understand the financial constraints that were put on women during this time. The inheritance passed from father to eldest son and women were often given little to no control over this financial situation. This meant that upper class women who were single or widows often had an incredibly hard situation in life because they did not have a living man to work and provide for them.

This is especially true for Mrs. Bates and Miss Bates. In their situation, there is no real way for them to bring in more money. Women who were once wealthy and who no longer have access to a source of income are left to a slow downward slip into poverty. They are what I would call the poor rich: rich on the outside and poor on the inside. These were the poor hidden among the wealthy class.

Mr. Knightley understands this awful situation and recognizes the destitution there. This is why he confronts Emma with such strong language. She has insulted the poor. She has violated the bonds of neighborly love in the highest degree.

But this is not an isolated event in the story. This scene on Box Hill is the whole novel in Miniature.

Emma has been violating the law of neighborly love throughout the story. She has done this to Harriet primarily but also to Mr. Martin and others. Emma, in her attempt to help people, has hurt people because she did not understand her own responsibility in society. It is not her responsibility to move people from one end of society to another. Aggressive revolutionary actions like that only hurt people, as we see with Harriet. Rather, this story is about how one learns to love those closest to one’s self by serving them where they are. That is the way of true restoration of society. Start by loving your neighbor as yourself.

Neighborly love is what true responsibility looks like. Love those around you in these seemingly small events and situations. The primary example being Emma caring and loving for Mrs. Bates and Miss Bates as a good neighbor and friend. That is what brings lasting change to the broader culture. That is what Emma learns through the course of the book: love others by understanding society and your place in it. Once Emma understands her responsibilities it makes it possible for her to love others correctly.

In the end, Emma and Mr. Knightley get married but this is not an introverted marriage that is self serving. Rather, this is a marriage that is set to give itself away for others. The ending of the story emphasizes how responsibility and love can genuinely coincide with each other. There has been a string of poultry-house robberies and Mr. Woodhouse has grown concerned about this situation and his house. His mind is put at ease when the newly married Knightleys offer to move in with Mr. Woodhouse in order to care for him. In this way, we see that Emma doesn’t have to give up her responsibilities in order to love. Rather true love calls her to true responsibilities where she can love family and friends around her at all levels of society.

Jesse is a long-time teacher at VSA. This year, he is teaching a Summer Latin Transition II class, as well as Latin I, Greek I, Greek II, and Omnibus V Primary & VI Primary classes during the school year. We are thankful that he is a part of the Veritas family.

A Christmas Guide for Educational Toys by Laurie Detweiler

In the Classroom: Stars, by Melanie Doyle

Educational Helps: Holidays Around the World