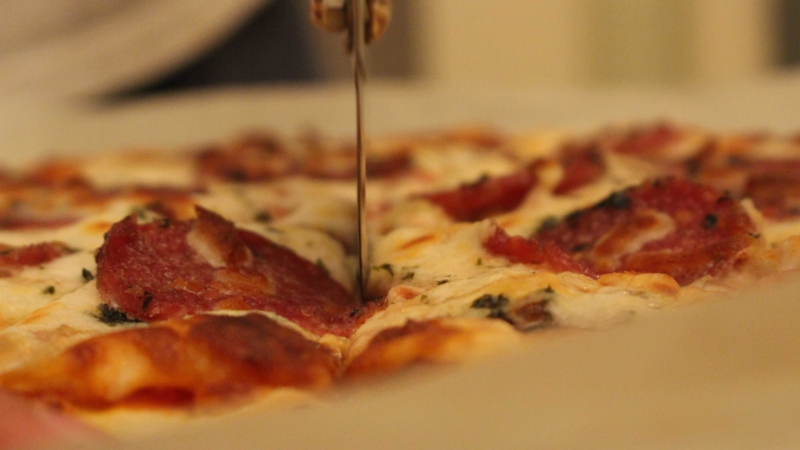 Last month we shared with you two winners of the Epistula Short Story Contest, and this month, we're sharing the winners of the 4th - 6th grade category and the 10th - 12th grade category. In our January issue of Epistula, students were challenged to write their own story from two of our story prompts. Below are their stories. Congratulations Elysia and Abigail!

Alex was so busy playing her favorite game on the computer that she didn’t hear her mom calling her for dinner. She was on the last level and all she had to do was defeat the evil sorcerer and destroy his potions.

All of a sudden, the screen flickered. It flickered again, and it started flashing strange colors. Alex was sucked into her computer screen in a swirling vortex.

When she came to, she found himself in the sorcerer's chambers. She was inside the game!

For about fifteen seconds, Alex stumbled around in dizziness. Finally, Alex’s eyesight sharpened. She looked up. In front of her stood the evil Sorcerer of Valiloid. The sorcerer’s eyes were like an eagle’s and his long, white hair protruded from his diamond shaped head.

“Welcome,” the sorcerer spoke in a deep voice with an English accent, “to your doom.”

In no time, the sorcerer had bound Alex’s wrists and ankles, gagged her, and was now sitting at a table, mixing ingredients inside a huge, black cauldron.

The sorcerer added another ingredient to the cauldron. The potion bubbled dangerously and smoke began to rise.

“It is time to pick the poison ivy,” the sorcerer spoke. He made his way out the door.

Now that the sorcerer was gone, Alex allowed herself to breathe. She spotted a knife, just out of arm’s length. Eagerly, Alex scooted towards it and slid it to her feet with her elbow. She positioned the knife right side up, and then held it tightly with her feet. Alex, keeping her wrists as far apart as possible, pressed the rope against the blade until the rope was cut in two.

Alex cut the rope binding her ankles, and then got up. She stumbled for a little bit.

Her eyes drifted to the bubbling liquid in the cauldron. The potion that the wizard was making was the immortality potion, but Alex knew that there was an ingredient that the sorcerer couldn’t have made the potion without: His lifeline.

With all her strength, Alex attempted to push over the cauldron. The sorcerer came inside. He spotted Alex.

“WHAT ARE YOU DOING?!” He screeched, dropping the poison ivy.

The cauldron fell over. The potion spilled onto the ground. Alex turned to see the sorcerer’s body began to fade weakly.

“Noooo!” The sorcerer screamed. “What have you done, Fool? NOOOOO!”

Alex’s eyes snapped open, her consciousness returning after a dreamless sleep. She found herself sprawled on her bedroom floor. Her mother stood at the doorway with an angry expression on her face.

“How many times have I told you to stop playing that game?” She scolded. “Get off the dirty floor and wash up. Dinner is served.”

The lights were blinding—and hot, too. No one ever told me how hot it was on stage. I squinted into the audience to see if I recognized anyone. Thousands of shining eyes stared back at me. I refocused and the faces blurred together. The cameras bored into me, and the audience fell silent in anticipation. How did this happen, you ask? How did I, an ordinary 15-year-old student just a couple of days ago, get to become an overnight superstar? Well I’m glad you asked…

It’s very simple. I was framed. Unfortunately, I agreed to it.

Just so you know, I’m not in a habit of criminal activity. Well, except for the pizza incident. Apparently eating pizza in the mall is considered stealing. Even when it’s left on a table, unattended, completely open to the general public! Honestly, some people are way too touchy. Especially when you grab the whole box and run. They thought I was running from them, when in reality I was just running towards the exit. I just finished my required community service for that incident last week, and to my surprise was sad to leave. Turns out I like cleaning up trash.  I think I have a natural talent for it.

In fact, that’s what I was doing today. Wandering the food court (keeping a low profile, of course), quietly performing my stunning rendition of the alphabet song as I picked up litter. I spotted crumpled napkins and straws hidden in places where an untrained eye would never see them. I’m telling you, it’s a talent. While I did this, I wondered why I hang around the mall so much. Probably, I decided, because in that otherwise-forsaken place, the smell of pizza hangs in the air like a heavy blanket of goodness. (Obviously, I don’t have a talent for analogies.)

Suddenly I saw someone in a hoodie come sprinting through the food court, all breathless, like someone was chasing him. He looked a lot like me. However, I didn’t see any pizza nearby. Maybe he was a smarter guy than I was. On the other hand, isn’t it always smart to have pizza on hand? I was debating this in my mind when I realized that he was running towards me. Oh no! Maybe it was also considered stealing to pick up trash, even if it was completely open to the general public! I held my hands behind my back and tried to act casual.

The guy stopped, panting, and stared at my face. He looked kind of shocked. I wondered if I had a streak of pizza sauce on my chin. (Yes, I had some for breakfast. Don’t judge.) But before I could worry further about it, he said, looking all panicked: “I’m in trouble. Please, can you help me?”

"Who are you?” I asked, totally confused.

His expression turned from panicked to slightly annoyed. “I’m a singer. You’d know who I am if you watched the news lately.”

(Of course I don’t watch the news. What do you think I am, a conscientious participant of society? Ha. All I do lately is pick up litter, as you know. But he didn’t know this, so I let him continue.)

“Look, I’m exhausted. Some fans have spotted me. They’ll get here any minute. Please, can you distract them? You look like my clone. I think it would work!”

I stared at him. “You’re right. The resemblance is kind of scary, actually. But no, I can’t do this. It’s probably illegal!”

“I just need a few minutes to get away!” he begged. “Please? I’ll reward you later, anything you want.” He held out his hand to shake. “Deal?”

I found myself weakening. I wanted to help him. I also had an idea of what I might want as reward. But wait! I was a law-abiding citizen! I was a newly-converted environmentalist clutching greasy napkins in my charitable hands! But…this was the right thing to do, even if it was illegal. I could feel it. I shook his hand.

A group of fans rounded the corner, mostly girls, screaming at an unnaturally high pitch. The guy pulled his hoodie over his face and ran for his life. I am proud to say that I did not run with him. I stood my ground before the rabid hordes, hoping that the streak of pizza sauce on my face looked like war paint.

I don’t want to relive the pain of what happened next, but let’s just say they claimed I was late for a weekend concert in their school auditorium, and they were going to take me to it right now. Couldn’t it wait? No, apparently it absolutely could not, since they began physically dragging me to said auditorium. (I still have bruises.)

When struggling proved useless, I resigned myself to my fate, wishing I had earplugs. At least the pop star would be happy. Where had he gone, anyway? I turned around and saw someone ordering at the Domino’s counter.

Pizza cravings. Everyone has them.

Anyways, long story short, they dumped me backstage and practically shoved a microphone in my face, telling me I performed in five minutes. I began to sweat. I can’t sing! But it was too late now. I had to do this. I took a deep breath, stepped out onto the stage, and stared back at the crowd. What should I sing?

Drawing a complete blank as to what songs normal people listen to, I fell back on the one song I knew I could sing a stunning rendition of. I opened my mouth, began with “A,” and threw all my heart and soul into it. I’m not lying when I say it was really good. I almost cried.

For some reason, however, the audience didn’t like it so well. Long story short, I’m being held now by a group of very angry fans. The police are supposed to be here any minute…

Well, I guess it’s back to community service.